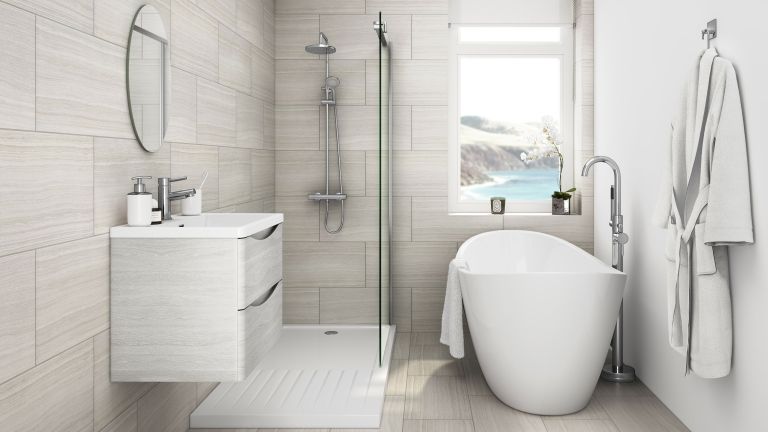 Just been offered a new job? How would you celebrate? A bottle of bubbly? An expensive meal out? A day at the races? You might be surprised to know that, according to a new survey, for many of us, the first choice is to fit a new bathroom.

Strange as it may seem, a work move is one of the key motivators for this particular home improvement. In fact, on average, bathrooms tend to get an update within 75 days of people getting their feet under their new desk. In other words, it's quite possibly where their first wage packets go.

Retirement has a massive impact on bathroom overhauls, too, topping the poll of reasons behind buying a new bathroom. A mere 20 days after saying farewell to the 9 to 5, many retirees will be busy purchasing a new suite and getting it fitted,  according to research done by Victorian Plumbing.

The survey showed that other top reasons for getting a new bathroom were the purchase of a first home or a house move. However, in both instances, it generally took over three months before home buyers committed to purchasing their new bathroom.

The reason? Being a little cash-strapped after getting on to or stepping up the property ladder, making it likely that they were willing to put up with an avocado bath or shell-shaped basin for a while as they saved...

Another prompt for a buying a bathroom is the birth of a baby, when the parents will take about 49 days before investing in a nice family-friendly suite.

And children leaving home can also spur home improvers into getting their dream bathroom to have all to themselves, which they usually do within 82 days of waving their offspring off.

The demand for the convenience of a shower is, perhaps unsurprisingly, higher than baths, with three being sold for every one tub.

Surprisingly bidets are enjoying an upsurge. This often maligned and misused (no, it isn’t for washing your feet) piece of sanitaryware has seen its cachet rising, with sales up by an impressive 44 per cent.

When it comes to actually installing the bathroom, it is Midlanders who have shown themselves more willing to roll up their sleeves and get stuck in. The research revealed that they were twice as likely to opt to do it themselves than to pay someone. In contrast, flush-with-cash or time-poor Londoners prefer to get plumbers and tilers in: 40 per cent more people in the city chose to pay rather than do the work themselves.