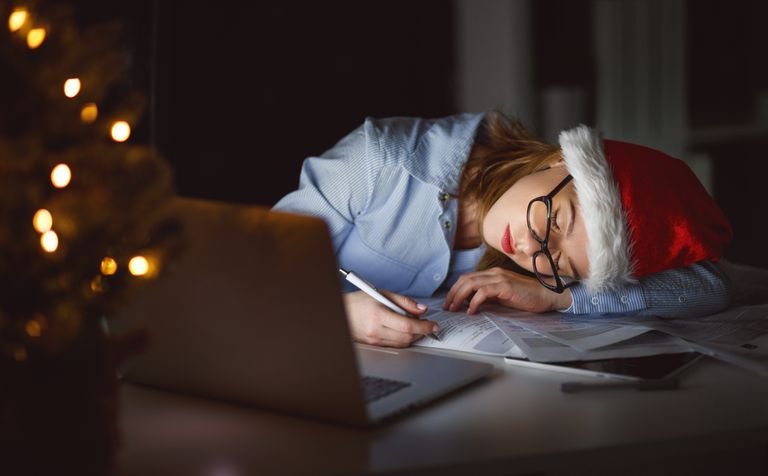 Is the stereotype of mum slaving away in the kitchen all of Christmas Day still true? Sadly, it looks like it is, and there's even more to the Christmas gender gap than that. A recent survey* shows that mums do the majority of Christmas preparation outside the kitchen, too.

The majority of women polled (85 per cent) say that they are solely responsible for delegating household chores during the festive season, and most end up doing them themselves anyway.

Present wrapping? Mostly done by women, with 70 per cent claiming they do all of it. Writing Christmas cards? More than half of the women – 65 per cent – are responsible for doing this task, even when it's writing the cards for their other half's family.

This Christmas gender gap reflects the general statistical likelihood of women doing more around the house – according to the Office for National Statistics, women do more than double the proportion of unpaid work around the house, including childcare, cleaning, and cooking. And that's not even touching on the phenomenon of emotional labour – think managing tricky family dynamics at the Christmas dinner table – that also tends to fall to women.

Indesit have launched the #DoItTogether campaign to highlight the importance of teaching young children to get involved in helping with household tasks, both during Christmas and after. Our concepts of how much is expected of us around the house are formed early in childhood, and now surely is as good a time as ever to teach kids of all genders that household chores should be shared equally.

Our thoughts? Women, let's introduce the concept to our other halves, too: it's never too late to teach an old dog new tricks...

*An online survey of 2000 UK adults aged 20-64, carried out by Indesit, using a structured questionnaire, carried out between 27th April and 8th May 2019.