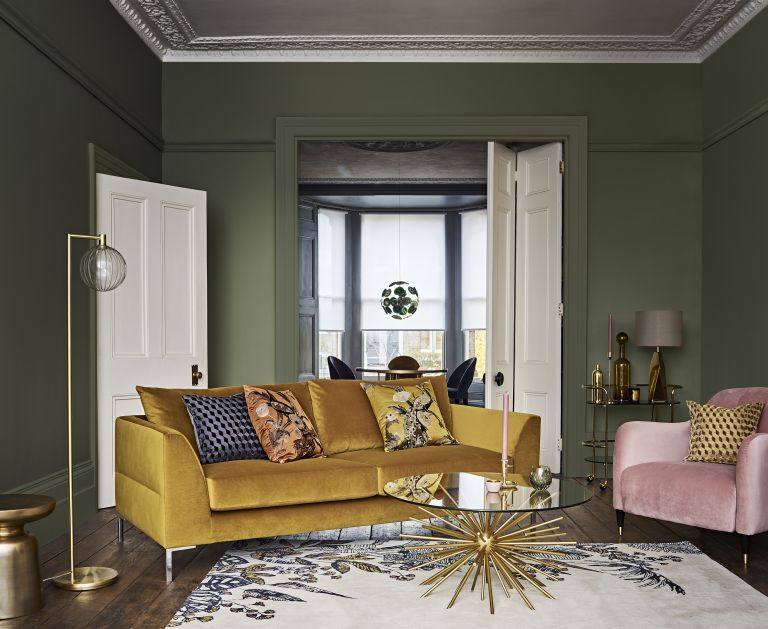 In terms of interiors, 2018 has been a pretty impressive year, with plenty of new trends to get excited about.

We saw a move away from clean lines and minimalist interiors and a rise in maximalism, bold colours, patterns and mismatched furniture. Tropical prints came back in a big way and, by extension, so did the defining feature ornament of the year: the pineapple. And of course hygge was still massive, although we did change its name a few times to look like we were moving on (remember lagom, lykke and niksen?).

But what did interior enthusiasts really think about 2018's trends? Wallpaper retailer, Chapel Interiors, surveyed over a thousand  home loving Brits to find out.

Woodland Retreat has been a key look for autumn/winter so far this year – it's all about those deep autumnal shades, reds and natural wooden finishes. The style was popular across the UK with more than half of respondents reacting positively to the trend; 86 per cent described it as either ‘homely’ or ‘cosy’.

This year there was a clear surge of people using bolder, richer colours in their homes, with 87 per cent saying that they loved the look because of its sophisticated, classic feel. Only 4 per cent had anything negative to say, referring to the look as 'old fashioned.'

A hot trend for summer 2018, pastel hues where a favourite among those surveyed; 60 per cent liked the playful vibes these candy colours gave their homes. There was a small minority who didn't approve – 11 per cent described the look as 'impractical'.

This luxury fabric has to have a mention. If you didn’t lust after a velvet sofa (or ottoman, or bed head, or any piece of furniture that can be upholstered), then what did you spend 2018 doing? It’s no surprise that 80 per cent loved the trend, but what is a bit of a shocker is the 20 per cent who described velvet as being ‘sleazy’ – clearly they are looking in the wrong places...

‘Velvet sofas with charming silhouettes are the thrones of Instagram,’ explains Barbara Chandler, design editor of Homes & Property at the London Evening Standard. ‘Emerald is the preferred shade but mustard or even pink is coming on strong.’

Nordic Noir became a popular interior trend in the early part of 2018 and consisted of mostly black: black walls, black furniture, black cupboards and so on. While the people of Norway have gone all out on the darker interior in 2018, the British public seems undecided. While some were very enthusiastic (young people described it as ‘sophisticated’ and ‘cool’), many were left cold by dulcet tones, particularly those in the 50+ age bracket who mainly described it as boring and pretentious.

Equally as divisive was the maximalism trend. Around 40 per cent of those surveyed described the trend as being too much. The words ‘busy’ and ‘gaudy’ were flung about but they were quickly followed by ‘exciting’, and honestly we don’t think gaudy and exciting are always a bad thing when it comes to interiors.

Can you even scroll through Instagram anymore without seeing a tropical print wallpaper, bedspread or lampshade? This was by far the trend that stood out as being the most popular and was overwhelmingly described as ‘fun’ and ‘flamboyant’ decor. But there were those few who described these jungle prints as ‘garish’ and even ‘tasteless’.

Most probably linked to the fact that a lot of interiors' inspo comes from stylish bars and restaurants nowadays, pendant lights saw a huge rise in popularity this year. It’s no surprise then that over half the respondents thought they were trendy, but 20 per cent said that they were ‘overdone’ – does this mean pendants lights are on the way out?