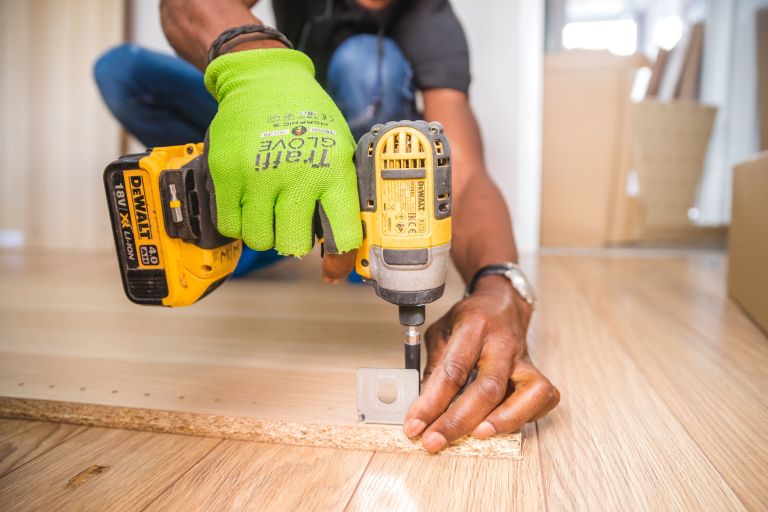 Have you ever felt embarrassed by your home on a Zoom call? Turns out you're not alone. According to a recent report about home renovation plans during Coronavirus, conducted in May by Wakefield Research and LightStream, 64 percent of people have felt some discomfort around sharing their homes with their colleagues over a video call.

The generation most concerned over the way their homes looked: Millennials, with 75 percent copping to feeling some space shame, while 66 percent of Gen-Xers and 55 percent of Baby Boomers felt the same. Parents feel this pain more often than those without children, at 80 percent and 55 percent, respectively.

The report also dug into Americans' broader feelings and motivations around home renovations during the COVID-19 pandemic, and turned up some interesting trends. Here's a look at the findings.

For more on planning a home renovation, check out our getting started guide.

Home renovations are on

Despite the economic downturn caused by the pandemic and social distancing halting in-home projects, American homeowners are largely moving forward with renovation plans: 57 percent of respondents are choosing to move forward with projects, while just 23 have decided to scale back or cancel their renovation plans.

As far as paying for home renovation projects, there is still a distinct split – two-thirds of those polled plan to pay for their projects out of their savings accounts, while the nearly one-third are opting to use credit cards. Since January, the amount Americans are willing to spend also increased nominally, from $11,473 to $11,851.

Millennials are the age group most willing to renovate, with 83 percent planning a home project, as opposed to 81 percent of Gen-Xers and 65 percent of baby boomers.

Being indoors for so long has helped homeowners be more appreciative of their outdoor spaces. The study found that 49 percent of those about to embark on home improvement projects have made outdoor renovations a priority over indoor renovations such as bathrooms and kitchens.

Parents, again, have even more pronounced preferences, with 54 percent of parents eyeing outdoor home improvement projects compared to 46 percent of those without children. Pools have a noteworthy stake in the disparity (26 percent versus 10 percent, respectively).

Being indoors all this time has an impact as well – more than one-third of everyone surveyed for the study felt that they didn’t have enough personal space in their homes. It was also found that parents were twice as likely to express this feeling than non-parents.

One interesting find from the study? The prevalence of Zoom calls has led more people to consider sprucing up their space.  Sixty-four percent of the responders to the study expressed feeling embarrassment over their surroundings during a video call. A further breakdown by generation shows that millennials lead the pack in this regard, making up 75 percent of those feeling space-shame, with 66 percent of Gen X-ers and 55 percent of Baby Boomers agreeing. Responders who are parents feel this pain more often than those without children, at 80 percent and 55 percent, respectively.