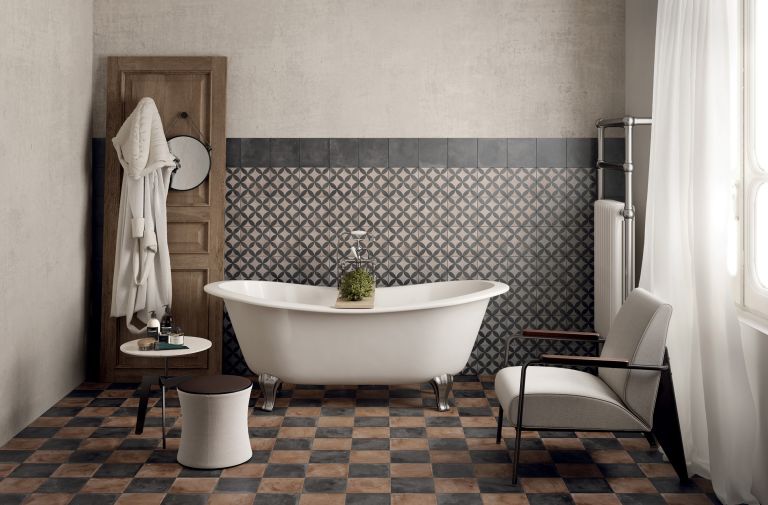 Do you like cleaning the toilet? No, we thought not. It's really no surprise, then, that self cleaning toilets topped the list of the most desired bathroom smart tech in a recent survey*.

Yup, for 83 per cent, a self cleaning toilet is the single most desired bathroom smart tech feature, while for over half (55 per cent), a self-deodorising function is top of their list (for the toilet, obvs). A self-heating toilet seat appeals to a over a third (31 per cent). Well, no one likes a cold loo seat in the middle of the night.

Asked what smart tech they'd be most willing to try out in the shower, 69 per cent reported an interest in smart controls for temperature, flow, and timing, while 55 per cent would like some mood lighting in their shower, probably inspired by the colourful lighting often used in spa showers.

Mood lighting tops the list for most wanted features in the bath tub, too, with 66 per cent picking this option. Really, people, a light show while you soak? Okay... A built-in scent dispenser appeals to 62 per cent (back to those nasty bathroom niffs again), and just under half (41 per cent) would like a heated back rest. Er, because the water isn't warm enough..?

In even more 'out there' categories, 59 per cent would like to try advanced sanitising gadgets, for example UV disinfectants for the bathroom. What is this – CSI? Well over half (52 per cent) would ditch the heated towel rack for heated bathroom storage drawers (we LOVE that idea), and 45 per cent are intrigued by the idea of virtual reality in the shower (think being immersed in a tranquil beach scene while in the cubicle). The mind boggles at the possibilities...

What's interesting is that so many top choices have to do with the aesthetics and the experience of bathing, rather than just the practicalities. Bathrooms are a special place where we relax and unwind – and, it seems, where we want to be able to escape daily life completely.

Want to know more about smart tech? Read our guid to the best smart home tech for your house.