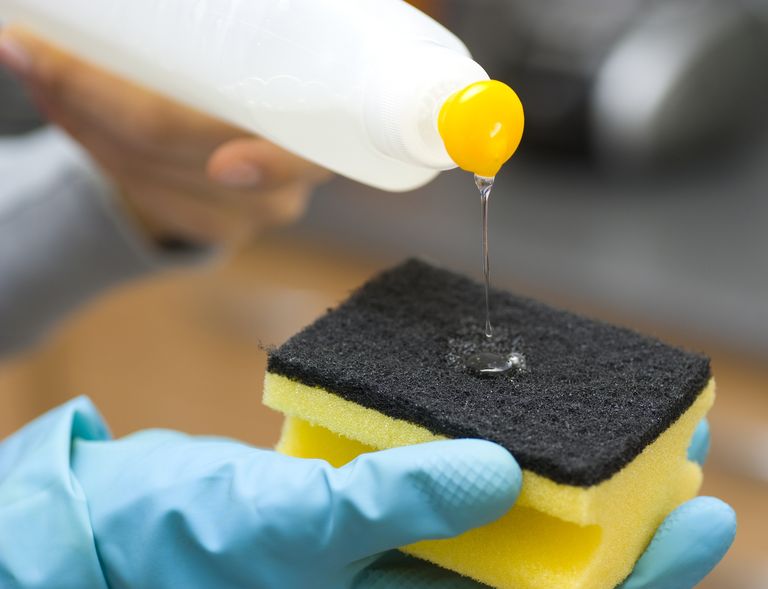 Finding out how to get rid of mould and mildew isn't just worth doing for aesthetic reasons: living with mould and mildew can make it more likely that you will suffer from respiratory infections, allergies or asthma, and it can also affect your immune system.

Before you start tackling the job of getting rid of mould and mildew, it's important to discover the cause of it – otherwise it will quickly return.

Use our easy guide below to discover why your home is plagued – and how to get rid of mould.

What is mould and what are the causes?

Mould is a fungus, and is caused by excess moisture in the air gathering on surfaces. Mildew is the most common type of mould found in homes and tends to grow in warm, damp places, such as the bathroom or in a basement conversion. Mildew will, over time, discolour and damage surfaces.

What's causing your home's mould and mildew? Here's what to investigate:

How to detect mould and mildew in your home

Mildew often goes unnoticed when it first begins to grow – as a grey or white powdery substance – but once it turns black or brown, it's more obvious. You can check that you're dealing with mildew by applying a tiny amount of bleach – if it's dirt, it will lighten or disappear; if it's mildew, it will be resistant.

You might also detect mildew through a musty smell, too. As soon as you detect the smell, investigate.

When to remove mould and mildew – and when not to

If you catch an infestation early, here's how to get rid of mould: you can tackle it yourself, but you should protect yourself from mould spores by wearing goggles, rubber gloves and a mask over your nose and mouth; open windows, but keep doors closed to prevent spores spreading to other rooms.

In these cases, you will need to call in a professional, since removing large mould colonies means the usage of heavy-duty chemicals and the proper disposal of infested building materials. If mildew infestation is caught early, you can easily handle it with household cleaners.

How to get rid of mould

When cleaning mould and mildew away, first ensure you've dealt with the source of the problem (see above).

If you can't take the item outside for brushing, vacuuming up any mould spores with a HEPA filtered vacuum cleaner before you clean away the mould will minimise the spread of spores.

Leaving a small amount of cleaning product on the spot where the mould and mildew once was will also help prevent it from returning, too.

Try these cleaning methods to get rid of mould from your home:

How to get rid of mould – and mildew – from walls

Start by making a solution of one part bleach to three parts water, or use a household bleach spray. Apply to the mould, scrub with a stiff brush, rinse and dry. Repeat if necessary.

Or you can use a mould and mildew spray remover – both on walls and other surfaces around the home (always check the application areas before buying). We've reviewed the best mould sprays you can buy; the list includes super-strong and eco-friendly products – take a look to see if there's one there for you.

How to get rid of mould – and mildew – from a bathroom

There are a few ways to remove mould and mildew from bathrooms, particularly from grout or caulk. However, bear in mind that once it's set into caulk (bath sealant) in particular, it can be impossible to remove and your only option might be to remove the caulk and reapply it.

However, if you've caught the mould and mildew early, try these options:

Baking powder is a cheap, gentle cleaning agent; combine a teaspoon of washing up liquid with a cup of baking soda and add water to mix a paste. Apply with a stiff brush (an old toothbrush will work well for grout and in hard to reach areas), leave to soak in, then rinse off. Repeat if necessary.

Bleach diluted one part with two parts water in a spray bottle; apply, allow to dry, apply again and scrub with your stiff brush. Rinse and repeat.

Vinegar – a mild white one is a good choice – can be sprayed on undiluted, left for an hour, then rinsed with hot water and dried with a microfibre cloth.

Check out our best bathroom cleaning hacks for more tips.

How to get rid of mould – and mildew – from fabrics

Whether shower curtains, cushions that might have got wet in a leaking conservatory or the remnants from a flooded home, fabrics can be successfully tackled.

Take the fabric into the garden and brush away as much surface mould as possible – being outside will prevent further mould spread indoors. With washable items, put them on the hottest possible wash recommended by the care labels; add a disinfectant to the wash. If this doesn't work well enough, try soaking the items in an oxygen-based bleach product (we like Wilko Oxi Plus Stain Remover).

For dry-clean only fabrics, brush away the mildew outside before taking the item to a professional dry cleaner.

How to get rid of mould – and mildew – from washing machines

You can clean washing machines by running a hot water cycle with some bleach in an empty machine at least once a month. At the same time, wiping washing machine door seals and the inside of powder trays with a diluted bleach solution will prevent mould growth.

Be sure to run the machine once with just water and to put on a whites wash the first time after you do this to avoid bleached coloureds or dark clothes.

Find out more about cleaning your washing machine in our guide.

Fridges and coffee machines also provide the perfect opportunity for mould and mildew growth. Both are easy to tackle: distilled white vinegar will do the trick, or you can use diluted bleach to wipe out a fridge. Be sure to rinse both well.

Use our guide to cleaning a fridge to find out more about how to get rid of mould – particularly from that little drainage channel at the back.

How to get rid of mould – and mildew – from carpets

If it won't vacuum up, the best thing to do is to remove the carpet completely. Sorry. Find out how to choose a new carpet with our guide. Or use our guide to cleaning a carpet if you want one more go...

Best carpet cleaning machines
Does your carpet take a real pounding from pets and kids? Give it a deep clean with one of our best buys.

How to get rid of mould – and mildew – from leather

These tips work on leather furniture and home accessories, but also on leather coats, shoes and handbags.

Start by wiping down the leather with a cloth dipped in distilled white vinegar; then repeat with a good leather soap and warm water, dry with a soft cloth and allow to air dry completely. Then apply a leather conditioner.

How to get rid of mould – and mildew – from paper

Got a picture or favourite book that's been attacked by mould or mildew? If it's a valuable (or valued) item, don't try to tackle the mould or mildew removal yourself, especially if the paper is still damp. Otherwise, allow the paper to air dry in a warm room, then use a soft paintbrush or cloth to carefully brush away the mildew – again, do this outside.

Putting a sheet of waxed paper between each pair of pages will protect the one behind it. If this doesn't remove the mould, you can slightly dampen a clean, soft cloth with hydrogen peroxide and gently wipe the pages, allowing each one to air dry before moving to the next.

THE BEST MOULD AND MILDEW SPRAYS

Don't want to spend a lot on mould sprays, or have concerns about the harshness of bleach? We've already identified vinegar as one of the best natural ways to kill mould, but there's a way to make your vinegar solution even more effective. The trick is to add tea tree essential oil, which is one of the strongest natural anti-fungal substances. Be generous with the tea tree, adding as much as 20 drops to your vinegar solution. Let the vinegar and tea tree solution sit on the mould for a while before wiping off.