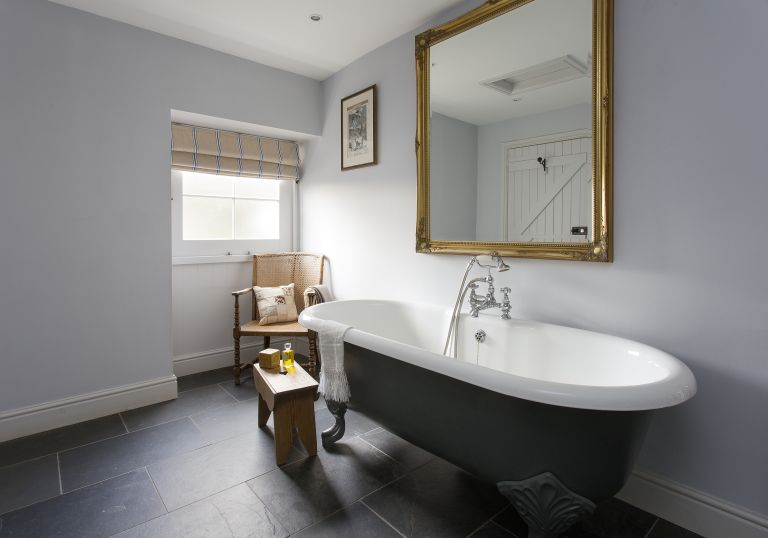 Is a mouldy smell in the bathroom making your bathtub ritual unpleasant? Not only are mouldy smells unpleasant, but they could also be pointing to a potentially serious plumbing issue in your bathroom, or something else entirely you probably haven't considered (bear with us, it's too shocking to reveal in the first paragraph).

Of course, the most obvious reason for a mouldy smelling bathroom is the growth of mould. This will be very visible as black or brown buildup on bathroom walls, tile grout, and even cupboards. There's a variety of very effective mould sprays out there, so you should have no trouble getting rid of the mould, although if it's got into the silicone sealant around the bathtub, you'll have to replace that. To prevent mould growing in your bathroom, make sure it's properly ventilated, and don't leave the bathroom door/windows closed all the time to allow excess moisture to escape.

But what about the cases when a mouldy smell is present without any visible mould? If you keep scrubbing your bathroom and it still smells, you could be dealing with one of the following problems.

1. Your waste drain or sewer is clogged

Clogged drains often smell eggy, but a mould-like smell could indicate a problem further down the drain, particularly where it empties into the sewer outside. Especially in the autumn and spring, rotting leaves clogging drains can cause a 'seasonal' stink that smells earthy and/or mouldy. The best course of action here is to inspect the outside drainage for blockages, or contact your council.

2. You have a bathroom leak

If all your drains are working fine and have been cleaned, and you're still getting unpleasant whiffs you can't quite identify, you could have a leak somewhere. It could be a small leak that isn't visible from the outside, and it could be a case of an incorrectly installed overflow that's leaking water into the wall cavity behind your bathtub. In any case, if you suspect a leak, you'll need to call in a professional.

3. You have something decomposing in a wall/underneath the floor

A mouse or rat that has died in a wall cavity will typically not smell mouldy, but other organic matter left behind after renovation projects can. Cases we've come across have involved used nappies left underneath flooboards, and (true story, we swear) a bunch of used underwear, again left under the flooboards right next to the bathtub. So, if you're still suffering from an unidentified bathroom stink, you may have to pull up the floors to see what may have been, erm, deposited under there.

More bathroom problems? Read our guide to solving the most common plumbing problems.