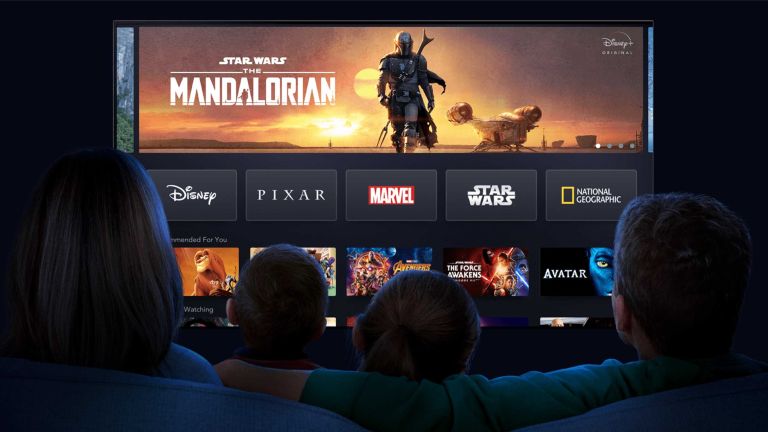 Disney+ is launching in the UK in March, and it's the moment we've all been waiting for. To get the momentum going, Disney has a pre-sale live on site, which gives you £10 off a yearly subscription. That means you'll pay just over £4 per month to watch content from Disney and Pixar, Marvel, Star Wars and National Geographic. We're talking 1000s of movies, series and more, all in one place. Super convenient, and it's currently cheaper than Netflix!

Similar to other subscription video streaming services, Disney+ will have its own app. It can also be streamed on smart TVs, by web browser, through game consoles and streaming sticks. The best part? You can download series and movies so you can enjoy them on the go, and you can watch on up to four devices at the same time.

Keep scrolling to take advantage of this incredible deal, quick. It's a no-brainer purchase for parents, Marvel lovers, Star Wars fans, or if you just want access to some of the best series and movies around.

Want more offers? Head over to our deals page.

Disney+ | £49.99 for one year
Buy Disney+ now for under £50 and enjoy 12 months of the best TV for a cheap price. We've not even got to the best part yet – Disney+ subscribers will get access to never seen before movies, series, documentaries and more. Lady and the Tramp, The Clone Wars, High School Musical the series, The World According to Jeff Goldblum and much more.View Deal