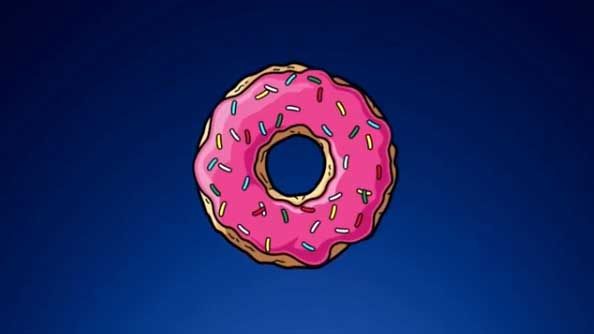 Looking to watch the best Simpsons episodes this weekend? Unless you fancy bingeing 650 episodes (you're not that bored, right?) it's probably a good idea to start with the best ever episodes.

The Simpsons has recently been released on the newest streaming service, AKA Disney +,  – yep, all 30+ seasons – so we're now finding it a whole lot easier to follow the government advice of staying inside. This new streaming service charges just £5.99 per month for not just The Simspons, but Disney, Pixar, Marvel, Star Wars and National geographic movies and tv series. Unlimited!

Since the first episode aired in 1987, our favourite six-fingered family have lodged a place in our hearts forever. Sure, you can start at the beginning, but true fans and Simpsons newbies alike might want to get stuck straight into the very best episodes – we all need a good belly laugh right now.

Here is a countdown of the best episodes of The Simpsons ever, so you can tick off the classics first.

Check out our dedicated streaming page for more advice on what to watch on Disney+, Netflix, Amazon Prime and more.

Disney + | FREE seven day trial
Opt into a Disney plus free trial now and enjoy seven days of the best TV for free. We've not even got to the best part yet – Disney+ subscribers will get access to never seen before movies, series, documentaries and more. Some of our top content picks include the new Lady and the Tramp, Star Wars the Mandalorian, 10 Things I Hate About You, Toy Story 4, and not forgetting Hannah Montanna: The Movie of course.View Deal

#TheSimpsons have come to #DisneyPlus in Europe - and they brought along some of their new influencer friends! Tap to see who. The Simpsons is now streaming! Disney+ UK

When Homer takes Bart to visit a kitsch antiques dealer, John (John Waters), he becomes convinced that his son is gay. Desperate to ensure Bart grows up straight, Homer attempts to do “manly” things with Bart, and their visit to a steel mill has become one of the Simpsons most classic, quotable scenes. Most importantly, this episode tackles some important conversations around prejudices and the idea men need to act a certain way. In fact, it won a GLAAD Media Award and was recognised for its antihomophobia message.

We love John’s tour around the Simpsons abode – it makes us wonder why we’ve never featured 742 Evergreen Terrace in our inspirational homes!

Look out for: A questionable lingerie shop name, the unfortunate death of Lupe Valez.

“Welcome to Japan, folks. The local time is… tomorrow”. The Simpsons are going to Japan!

Later episodes of The Simpsons suffer a little from, er, running out of ideas. But when Homer and family end up in Tokyo the visual gags are at their best, as is the beautifully observed animation.

Excellent gong gags, sliding paper doors, seizure-inducing cartoons, and the Simpsons taking part in a brutal Japanese game show, the “Happy Smile Super Challenge Family Wish Show”, whose quiz categories are “a) Ow that hurts, b) Why are you doing this to me and c) Please let me die.”

8. How I spent my strummer vacation – Season 14 Episode 2

A very tough call to make between this one and the brilliant “Homerpalooza” (S7 E24), but this episode just edges it for the sheer ridiculousness of an adult male midlife-crisis rock’n’roll summer camp hosted by Mick Jagger and Keith Richards. The cameo appearances keep on coming; Lenny Kravitz, Elvis Costello, and the late, great Tom Petty all appear as themselves, teaching classes such as lyric writing and stage presence. “We’re going to start with the fundamentals: Playing a burning guitar with your teeth”.

“Whatever happened to good old town pride? It’s been going downhill since the lake caught fire”

The Springfield vs Shelbyville rivalry dates back to the day the neighbouring towns were founded, and an argument about whether people should be allowed to marry their cousins. Things have been tense ever since, so when Shelbyville kids steal Springfield’s famous lemon tree, all out warfare commences. Bart’s friend Milhouse steals the show, with his incredible camouflage, his pent-up anger, and his willingness to listen to rambling old men.

Look out for: The “Eye on Springfield title sequence” and a hideously violent bit of stand up comedy from action star McBain.

This one should hit home with many of us during this period of self-isolation. A fantastic Simpsons parody of Alfred Hitchcock’s Rear Window. Bart’s long, hot Summer is ruined when he breaks his leg. He slowly turns into a recluse, spying on his friends and neighbours with a telescope from his bedroom window. Things turn dark when he witnesses next door’s Ned Flanders committing a mur-diddly-urder. Or does he?

The Simpsons do musicals as well as anyone on Broadway, and this episode has a contender for the best ever Simpsons song. Springfield is sold the idea of installing a monorail in the town, much to Marge’s displeasure, and the sales process basically consists of an incredibly catchy song, underpinned by Patty & Selma’s husky “Monorail, Monorail” chunter. Fun fact: this episode was written by US talk show host, Conan O’Brien.

Can the Monorail song be bettered? It’s neck-and-neck with this re-imagined classic from Beauty and the Beast, “See My Vest”. Mr Burns turns Cruella DeVille in this classic episode, stealing greyhound pups from Bart and Lisa in an attempt to turn them into bespoke clothing. It’s a heartfelt love story for the Simpsons’ dog, Santa’s Little Helper, but the musical number in Burns’ closet steals the show, and features loafers made of gophers and turtle-necks made of… well, you work it out.

Only one question – who on earth is Rory Calhoun?!

Look out for: The Springfield dog-track sign, Bart’s description of amorous dogs.

Nobody does parody (pastiche?) like the Simpsons, and this spoof of the twice-made thriller Cape Fear is absolutely wonderful. From the florid ramblings of Bart’s nemesis, Sideshow Bob (Kelsey Grammar), to the brilliantly slapstick field of rakes, the episode culminates in a finale of Bob and Bart performing an entire Gilbert and Sullivan operetta on a boat heading for a waterfall. This episode is thrillingly hilarious.

The depth and warmth we feel for the Simpsons comes not only from the family, but from the numerous characters we meet in Springfield. In this, the king of all episodes, every character gets to tell their own (very short) story. Bumblebee Man, The Sea Captain, Nelson “Ha Ha” Muntz, Moe, Apu; they’re all here. But the crowning glory, spawning a ton of memes, spoofs and parody videos is the three perfect minutes of Seymour Skinner inviting Superintendent Chalmers to dinner, with hilarious consequences.

Look out for: “Steamed hams”