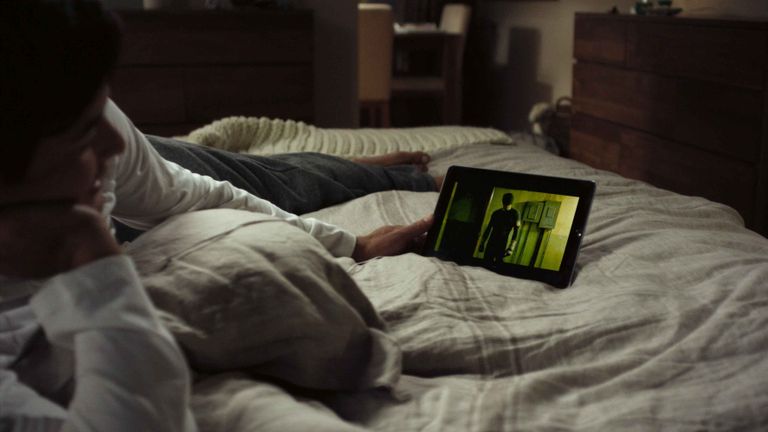 The best new films on Netflix mean great new material for anyone who binged most of what the platform had to offer last weekend. Whether you've been furloughed and have oodles of free time, or you want some escapism after a long day of working from home, Netflix really is our best friend at the moment.

Those who think they have already watched all the good stuff, we're here to tell you that you haven't! Netflix is spoiling us with so many amazing new releases – we're not even sure we can pack them all in!

We've had the glorious job of deciding on the top 15 films from the recently added section on Netflix. Whether you're in the mood for a cheesy rom com, a political drama or a nail-biting horror, there really is something for every taste. So grab some popcorn on your next dash to the shops and settle down with a brand-new movie for your own cinema experience at home.

Head over to best streaming service page for more on what to watch, where. From Disney+ to Amazon Prime and Netflix...

Netflix | From £5.99 per month
For just £5.99 per month, you'll have access to the best films, TV shows and documentaries around. Oh, and Netflix Originals such as  Stranger Things, You, The Stranger, Don't F**ck With Cats, Sex Education and more. There's a free trial on offer, too. Don't miss it!View Deal

There's nothing like a good wedding to lift your spirits, and this rom com certainly does that and more. While you might be expecting a classic fairy tale scene, the movie goes far beyond lovey dovey with a look at how one accidental action can change the course of, well, everything.

With a beautiful Italian backdrop, sunny skies and all the feels of the big day, it's a stunning watch that'll pull at your heart strings and have you laughing out loud. Starring Aesling Bea as a brilliantly annoying wedding guest and Eleanor Tomlinson as the stressed out bride, it's one to watch (virtually) with the girls and a glass of wine in hand. Inspired by the French rom com, Plan de Table.

This biographical comedy portrays the life of Tonya Harding. Forced into figure skating by her abusive mother, Tonya has a natural talent for the sport. But, her home-made costumes, and unconventional music choice means she doesn't fit in with the high-brow figure skating community. While she gains huge success, her connection to the attack of a competitor changes her world forever. Loosely based on true events,  it's a harsh portrayal of the brutality of the professional sport.

In this heartwarming movie, 24 year old Raju – a failing engineering student – covers his dad's role as elevator operator in an upmarket apartment complex. In his new occupation he makes connections that change the trajectory of his life, and reshape his bonds with those he already knows. If you want a good anti-blockbuster, documenting ordinary life in a way that is well-acted, uplifting and hosts a strong message that isn't over-laboured, this is for you.

Want something you can really escape into? When two teen sisters go on the holiday of a lifetime to Mexico, they want to try everything. Kate forces Lisa to go diving in shark-infested waters, in the safety of a big metal cage. One minute they're living their best lives, the next, they're trapped, alone, and on the ocean floor.  With a limited oxygen supply, it's a race against time that'll have your heart beating fast as they try to figure out what on earth they can possibly do to survive.

A truly tragic tale, following the life of Pin Jui. As the film flashes between his impoverished childhood in 1950s Taiwan, wild and romantic teens, and his reflective older years in America, we see how one decision made for the right reasons, ultimately lead to a lifetime of unhappiness. As the saying goes, 'the people make the place' and this film is a true example, as the American dream wasn't all it cracked up to be. Beautifully filmed and delicately edited, it's a masterpiece with a message that'll stay with you long after the film has ended.

Don't let the innocent-seeming title fool you into watching this one with the family! The documentary explores the trials and tribulations of a young Jewish family running a gay porn shop in 1980s LA. As the biggest distributer of hard core gay films in the United States, its nice Jewish owners (and their children!) have some interesting stories to tell.  At a time when being gay was 'unspeakable' the shop became a haven, reassuring homosexual people that they weren't alone. Due to the family's religion, they had to keep their shop a secret from friends and family, but were confident that they were doing the right thing in offering 'small human kindnesses.' A shocking insight into a world we must never return to and human's innate desire for good.

From the makers of Juno, the film follows Marlo, a woman who's just given birth to her third child. Struggling with the incessant demands of a new-born, as well as two little children to occupy, her husband's wealthy brother calls in the help of a night time nanny. Marlo is hesitant about letting a stranger into her home, but eventually agrees. Tully moves in and she soon becomes so much more than a nanny, she becomes the friend that Marlo didn't even know she needed. A brutally honest portrayal of motherhood, and the difference one friend can make to your outlook on life.

Based on a true story, aspiring footballer Brian Banks was falsely accused of rape when he was 16 years old and sentenced to prison. Now he's on probation and desperate to clear his name so he can recommence his football career. A shocking insight into the biased judicial system that used selective evidence to prove what they assumed to be true. You'll be asking yourself how on earth something like this could possibly happen.

9. The Boy Who Harnessed the Wind

A 13 year old boy is forced to leave school – and hopes of a better life – when his family can't afford the fees. Instead, he starts hiding out in the library and learns how to build a windmill that will help save his community from famine. This film comes at a time when we could all do with a feel good story and it is well cast and acted, with Chiwetel Ejiofo both playing the father and making his directing debut. Watch with the whole family to inspire the kids to go above and beyond on their homeschooling.

One for the kids! The Willoughby siblings have horribly selfish parents that love eachother so much that there's no room in their lives for their children. In a bid to get rid of their parents, the siblings come up with a plan to send them on a round the the world trip. Their mission is a success, and now with a fun nanny in tow, they're learning to re-navigate life and build their own perfectly imperfect family. Hilariously narrated by Ricky Gervais, it's a wonderfully illustrated, quirky movie that you'll enjoy too.

Joan, played by Judi Dench, is living a content retirement in the suburbs, until MI5 storm into her home, accusing her of being a spy. At first, you're shocked by how they could make such a crazy mistake and frighten this poor lady. But then you realise, almost at the same time as Joan herself, that the accusations are true. Flitting between her 1930s University of Cambridge days, and the present day, we learn how  Joan was actually one of the most influential spies ever, who'd kept her secret for so many years. A beautifully shot, sensitive movie and fascinating story.

Based on a true story, just as United Nations diplomat Sérgio Vieira de Mello decides to step down to a simpler life, he takes on one last assignment that sends him to Bagdad. A bomb blasts his headquarters, and much of the film sees Sérgio trapped under rubble, while somehow remaining the hero. This films sees a man pushed to his absolute limits, but of course there's room for a little romance too.

Created in 1995, Outbreak tells the story of a lethal virus. An African monkey carrying the disease is smuggled into America, where the virus spreads to humans and poses a threat to the whole population. Sound familiar?  It's shocking how we're currently living through something similar, so while this may not exactly provide escapism, it is a really interesting movie to watch right now.

While most little girls would do anything for their fathers, this is a father-daughter relationship with a difference. Father, Memo, has a cognitive disorder, meaning he acts very much the same age as his young daughter, Ova. Memo is wrongly accused of murder, and is imprisoned, where things really go from bad to worse. Ova is determined to prove her father's innocence. With some shocking twists and turns, this is an emotive, heart wrenching story that'll have you booking in a zoom call with your own father figure asap...

Sex and the City's Kristen Davis takes a starring role in this hilarious rom com that has it all. After her husband breaks up with her, Kate continues to go on their planned second honey moon to Africa. Of course, as soon as she sits down in her hotel bar, a gorgeous guy starts talking to her. While you can probably guess the rest, the blend of cute baby elephants, the turmoil of a broken family and fighting to keep an animal sanctuary alive, all with a stunning African backdrop, makes for a film that's perfect for a cosy night in...and we've got plenty of them! An easy watch with eye-candy aplenty, this one's got to go on your list.