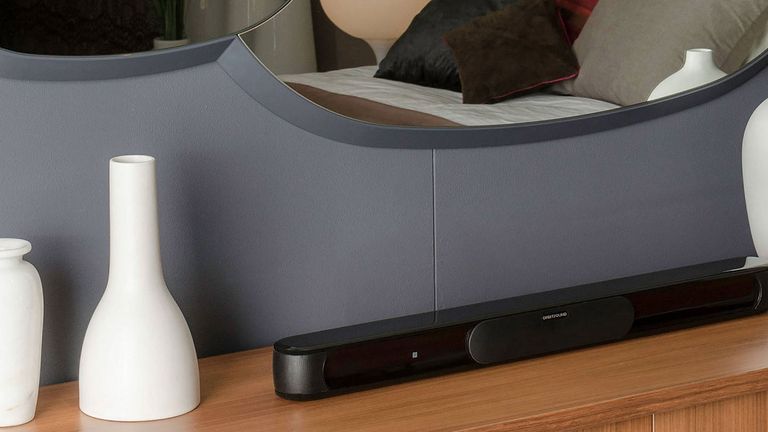 On the hunt for the best home theatre systems? Whether you're a notorious series binger looking to dramatically enhance your audio visual experience, or love the idea of movie marathons with a more cinematic feel, but from the comfort of your own home, our round up of the best systems are just what you've been looking for.

While built in speakers – particularly in a high quality TV – soundbars and home cinema amplifiers can improve the quality of your viewing experience, this won't compare to the quality offered by a home theatre system made of multiple visual and sound enhancing components.

Looking to further enhance your home theatre system? Head over to our technology hub page for plenty more advice, information and specialist buying guides. Then, read more about how to build a home cinema room. For more home theatre components, you may also find the following guides useful:

What is the best home theatre system?

In our opinion, the best home theatre system, currently available, comes in the form of the Onkyo HTS5805. In addition to offering the full surround sound experience, this model makes the most of Dolby Atmos technology, which makes it sound as though audio is coming from above you.

This speaker system also ticks all the boxes when it comes to its array of inputs and full support for 4K and Ultra HD.

If you're still considering you options when it comes to investing in a home theatre system, browse more of our buying guides:

How to buy the best home theatre system

Our recommended retailers for the best home theatre systems

When it comes to buying the best home theatre system to suit your needs, there are a few factors worth considering before making your purchase. These include:

In case you're new to the world of home theatre systems, let's run through the basic options available.

At the very low end you have the option of relying on your TV's built in speakers. Depending on which set you buy the quality of these can vary a great deal, but most are designed to be as slimline as possible to avoid impacting upon the sleekness of the TV; and slimline speakers do not lend themselves well to sounding very good at all.

The next step up is a soundbar or soundbase. These are a big improvement for many reasons, chief amongst them is that they're actually able to dedicate a decent amount of space to their audio drivers. However, they're limited in that they can only fire audio from one direction.

At the premium end of the spectrum you're expected to buy each component separately, or as part of a bundle, as in this guide.

If you're planning on connecting multiple devices – for example games consoles, Blu-ray players and laptops – to your home theatre system, it's worth ensuring that you opt for a device with multiple HDMI inputs.

If you're looking for the best in audio and visual quality, you'll want to ensure your home theatre system is 4K compatible.

The best home theatre systems you can buy right now

You'd be forgiven for thinking that our top entry in this list is less feature-complete than the others since it doesn't bundle in a Blu-ray player alongside the rest of its goodies.

But look closer and you'll see that this is the only system in the list to support Dolby Atmos, which is a new surround sound format that makes it sound as though audio is coming from above you, in addition to behind you like with a traditional surround sound system. This means that the Onkyo HTS5805 is ideally placed to make the most of this next generation of cinema surround sound.

Elsewhere the speaker package ticks all the boxes with a decent array of inputs along with full support for 4K/Ultra HD.

Down at number two in our list is the Yamaha YHT1840. You're not getting the Dolby Atmos support of the Onkyo system at the number one spot, but you're still getting 5.1 channels of surround sound audio, which is still enough for most modern content.

Despite not being future proofed with Atmos, the receiver still offers support for 4K, and there are also a comfortable four HDMI inputs so you shouldn't have to pick favourites amongst your AV gear for a few years yet.

But our main reason for ranking the Yamaha so highly is its price. It's the cheapest setup on this list that doesn't omit 4K support from its list of features, which we think makes it a great buy.

-Disc player has to be bought separately-No Dolby Atmos

It might not be as cheap as the Yamaha YHT1840 above, but the Pioneer HTP075 has a couple of tricks up its sleeve that make it a great step up option for those looking to get a little more out of their home cinema system.

Chief amongst these tricks is built-in Bluetooth connectivity, which means that you can wirelessly connect your phone or tablet to the central amplifier to play music from your phone. The feature is absolutely fantastic for anyone who wants to avoid having several sets of single-use speakers taking up space in their living room.

At the number four place on our list is the Sony BDV-N5200W which is a particularly interesting home theatre system.

The highlight here is a pair of included wireless rear surround speakers. The rear set of speakers are a bit of a nightmare to set up for most systems; you have to trail cables all across your living room, and these can be extremely unsightly unless you do it particularly well.

The wireless speakers included with the N5200W neatly sidestep this issue. They're not completely wireless (they're still mains powered after all), but so long as you've got a plug socket at the rear of your living room then you should be good to go.

Unfortunately, the big downside of this system is the lack of support for 4K. This won't be a big issue if you're plugging your 4K sources (such as a games console or streaming box) into your TV and using the HDMI ARC port to output audio to the N5200W, but if you're planning on using the HDMI passthrough of the system then this will prove more of a problem.

This makes it less future-proofed as a system, but if you're looking to upgrade your current Full HD setup then it's a great pick.

We've allowed ourselves a couple of premium picks in our list, and the first of these is the Pioneer FSW50, a 2.1 channel system that retails for over a grand.

What you're paying for here is a big step up in sound quality, as well as a completely wireless system. While the Sony N5200W above offers you the convenience of wireless rear surround sound speakers, the FSW50 extends this same convenience to all the speakers in the setup.

Of course, you'll be paying for this convenience, and you also won't get an included disc player, a centre channel speaker, or any rear speakers.

The latter point can be amended by expanding the setup with a pair of wireless rear speakers (sold separately), but even so the Pioneer FSW50 is a premium option if you care about sound quality over the quantity of channels.

At the opposite end of the price spectrum from the Arcam Movie sits the Sony BDV-E2100. We've already detailed the step up system, the N5200W above, but the E2100 is for anyone with a budget that's slightly more stretched.

The main thing you're giving up by going for this cheaper option is the wireless rear surround sound speakers. Rear speakers are still included (this is a 5.1 channel system after all), but you'll have to be prepared to run cables to the rear of your living room when you're setting up the system.

You'll also be making sacrifices when it comes to the amount of HDMI inputs available. The E2100 is designed to either be used with its built-in Blu-ray player (there's no 4K source on board) or else using an HDMI ARC port to take audio from the TV. No HDMI passthrough is possible with the E2100.

Otherwise these speakers are a great budget buy. They'll give your TV's audio a boost, but don't expect the same level of performance as the more expensive systems on this list.