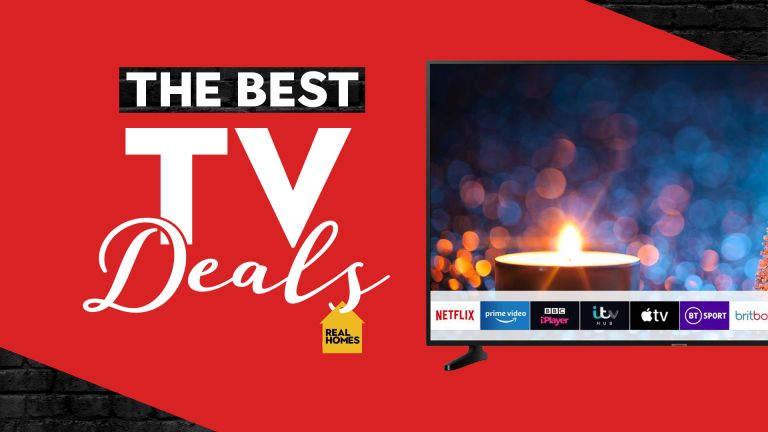 Hurrah – the weekend starts NOW. We've just updated our TV deals edit and have we got some fab price drops on the best TVs for you. That's the weekend sorted...

We're always (and we mean always) on the hunt for the top TV sales and deals with massive discounts, and freebies, wherever possible. After all, there's no point in paying full price when there are so many incredible deals around. And now you don't even have to look for them yourself, because we've done that for you.

Below, we have listed specific retailer TV sales and some of the best deals we can find below, so you can get that new 50in model you've been lusting after to give your living room the home cinema experience, or a 32in TV for your bedroom so you can watch what you want in some peace and quiet.

TV deal of the week

Looking for the top TV deals? We've rounded them up, according to retailer:

AO.com | TV deals
There are some incredible deals across a huge range of products right now at AO, and televisions are one of them. Get a 4K TV, Smart TV, QLED or more modest models, for less. You can now also get 10 free movies on Rakuten TV with select buys, get up to £200 off soundbars and qualify for a £20 Just Eat voucher.View Deal

Amazon | TV, home cinema & accessories deals
Amazon have Deals of the Day which run for 24 hours (subject to availability), where you could grab a new screen for a real bargain. The Amazon Summer Sale is also ON for TV bargains, and other home & garden deals.View Deal

Currys PC World | TV deals
£500 of Hisense TVs, get a FREE soundbar with select Samsung TVs, £100 cashback when you spend £100+ on the website PLUS save big £££ on big name brands at Currys PC World.View Deal

Bush 19 Inch HD Ready LED TV | £99 at Argos
This compact screen is proving mega popular at Argos and it's easy to see why. It can go in pretty much any room, and you can connect a range of devices to it (even headphones!). Bargain.View Deal

LG 22 Inch 22TK410V Full HD LCD TV | £119 at Argos
This incredibly cheap TV will also make a fab screen for internet surfers. You could mount the monitor on a wall to use it as a TV, the choice is yours. Delivery and click-and-collect is available.View Deal

Hisense Roku TV 50 Inch R50B7120UK 4K Smart LED TV with HDR | £299 at Argos
One of five Roku televisions at Argos, the Hisense R50B7120UK is the perfect size for placing in the living room and is one which the entire household can gather round. There's something for all the family on this tele with access to a wealth of entertainment and streaming services, all in incredible detail. While stocks last.View Deal

Hisense Roku TV 65 Inch R65B7120UK 4K Smart LED TV | was £649, now £449 at Argos
The biggest screen in the Roku TV series, this TV also has the biggest saving to be made and is one which can keep the entire family entertained, not just dad, all through out the year. It's mega simple to use and love. Deal ends: Tuesday 30 JuneView Deal

Hisense 55AE7400FTUK (2020) LED HDR 4K Ultra HD Smart TV | was £599 now £449 (with cashback redemption) at John Lewis & Partners
This smart 2020 TV has access to all the content you need including Netflix and YouTube. Plus, it comes with Alexa voice control so you can now talk to the TV and it'll respond. Very smart indeed. And it's a bargain.View Deal

LG 75UN81006LB 75" Smart 4K Ultra HD TV | was £1599, now £1299 at AO.com
This screen is BIG but, relatively speaking, the price tag is not too daunting especially with £200 off. The pictures burst with vivid colour and striking detail and with FILMMAKER MODE, content appears as the creator intended. The sound is pretty good, too. While stocks last.View Deal

If you didn't find the television sale you were looking for above, don't worry, we've got tons more great TV deals below. Use the links on the right to navigate your way through the rest of the deals.