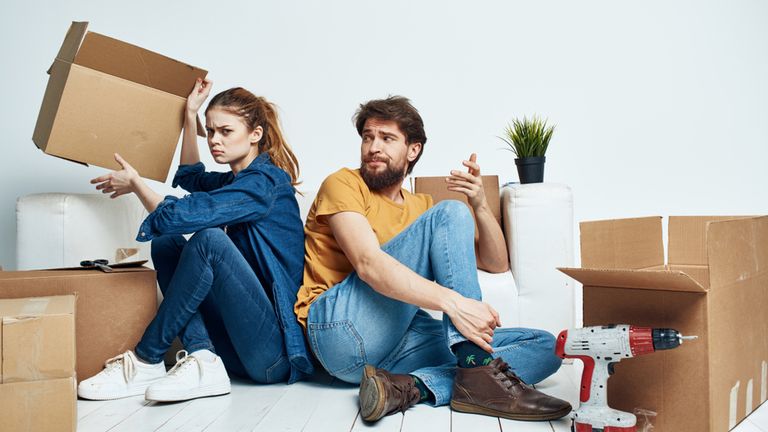 Moving is stressful, fact. It's tiring, there's lots to think about, and something inevitably always goes wrong.

A recent survey by the outsourcing platform Airtasker has revealed just how much Brits dislike the various tasks associated with moving. Put simply, a lot, with almost half of respondents stating that they hated packing.

Unpacking (and trying to find things while doing so), hiring people to help with the move, and cleaning were all, unsurprisingly, top of the list of least liked chores. And that's just the move itself; completely unpacking after the move takes on average three to four weeks, with 12 per cent of us admitting to still living out of boxes a year after the move.

Looking for a new home was also revealed to be both stressful and time-consuming, with a good half of us (49 per cent) admitting to making phone calls about a potential property during working hours.

Arguments are a frequent by product of moving, with a quarter of co-habiting couples owning up to quibbling about throwing stuff away, with an occasional argument leading to a full-blown argument or even break-up.

The solution? Hiring help is an obvious one (though, as it turns out, in itself stressful) – in fact, a quarter of us would outsource the entire move, if we could! As it stands, 55 per cent of us reach out to friends and family for help.