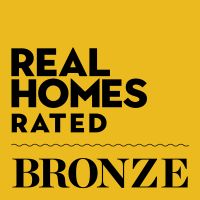 The Dyson Corrale is cordless and convenient. It leaves your hair feeling straight and shiny, with three temperature settings on offer. Though there are a few negatives to this Dyson hair straightener...

Looking to buy the Dyson Corrale? We've been testing this Dyson hair straightener for a fair few months now, and we've tried it on all different hair types. Since it's cordless it's super easy to use, and it even gets hot in only 15 seconds. That and it has three temperature settings to choose from. It's safe to say that it's definitely one of the best hair straighteners money can buy. If you can afford the large price tag, that is.

How much does it retail for? Usually, £399. Though we are hoping for a miracle come Black Friday 2020.

We've tested the Dyson Corrale on fairly thick hair that's super knotty and prone to flyaways, as well as quite thin, super frizzy hair. Not only did it manage to tame both manes at its lowest heat setting of 165º – there are three to choose from – but each time we were left with super shiny and super straight hair. Though the results aren't quite as long-lasting as they are from our GHDs.

Keep scrolling to read our full review of the Dyson Corrale.

The main thing we love about the Dyson Corale is the ability to change their temperature. This is a feature GHDs cannot offer. The Dyson Corrale has three settings to choose from: 165ºC, 185ºC and 210ºC. At 165ºC, the hair straightener takes just 25 seconds to heat up; at 185ºC, it takes a further five seconds; and for 210ºC, it's a 35 second wait time – all of which are comparably speedy.

In terms of performance, it's no doubt in our mind that this Dyson hair straightener works to do the job at hand. You will need to change the temperature based on your hair type, though. It's also a smart idea to use smaller sections and ensure your hair is completely knot-free before using, as usual.

The Dyson Corrale can be used cordless thanks to the battery built inside. This makes it much easier to style your hair on the move, and if your dressing table or mirror is nowhere near a plug socket, there's no need to worry.

I can usually get around three uses from one charge of my Dyson Corrale. Around 10 minutes a time, that is. I definitely wouldn't recommend trying to use this Dyson hair straightener while charging, however, as the plug is easy to pull out and it can be frustrating. When it does come to charging, it has a 360º swivel cord that can be plugged into the bottom of the straightener, or, you can charge it through the stand (our preference).

Admittedly, the Dyson Corrale is heavier than other hair straighteners we've tested because of the weight of the battery– but it's not so heavy that it gives you arm ache.

A negative? It can't stand up on its side like GHDs can – you need to use the stand provided, which is a bit of a fiddle. If you're new to hair straightening, you need to keep putting the straighteners down to section your hair – and putting these anywhere but into their stand risks burning your table top. A small, but annoying, design issue.

Other than the issue with standing this styler on its side, the Dyson Corrale is a delight to use. We found we had to use less pressure to clamp hair in between the plates and, even at a low temperature, it can still do the job well.

Giving you the power to style for up to 30 minutes, without the cord. Every Dyson Corrale™ straightener comes with a heat-resistant travel pouch, so wherever you choose to go, your straightener can come too. #dyson #dysonhair #hairstraightener #straighteners #hairtools #hairstyle #hairtech Dyson Hair

And this is where the stand comes in: the idea is that after every use you pop the hair straightener on its stand which, if plugged in, will charge it – so, in theory, you should never flatten the battery while you're using them.

The Dyson Corrale features a safety lock button to clamp the plates closed after use. This can prevent little ones from touching and burning their hands. It's also a great feature to help make the hair straightener's footprint a little smaller. Since this hair straightener is cordless, it will run out of charge and turn off after 30 minutes, whether it's being used or not. This can be seen as an added beneficial safety feature. In the box with the Dyson Corrale also comes with a stylish heat-resistant travel pouch for storing after use.

The design of the Dyson Corrale, as we mentioned above, is pretty chunky due to the fact a battery lives inside. Other than that, it's easy to hold and looks the part, too. It comes in a pink or purple colour (the latter is limited edition).

With a handy display for choosing temperature and viewing battery, as well as three buttons – one for power, another + and the other - (for temperature) – it's pretty simple. There is also a clamp switch that once used, will secure the straightener's plates together.

As for the plates, these aren't the same as other straightener plates. They don't actually bend (as we learnt after five confusing minutes of trying to bend them) but instead, these plates make the movement of your hair through the plates a lot easier as they don't touch and clamp, they gather.

The Dyson Corrale straightens our hair effectively at 165ºC, though we usually opt for 185ºC to ensure our style stays put for longer. Be sure to bear in mind that most hair straighteners without heat setting choices will automatically heat to 185ºC.

The Dyson Corrale is good for flyaway hair, and it works well with extensions, too. As for curling, the flexing plates make that job easy.

The only thing we will say about the Dyson Corrale is that since it's a bulky hair straightener, it can be quite tricky to catch very fine, new growth, or short hair. Baby hairs, short fringes or bangs...

All in all, we definitely think that the cordless aspect of this Dyson hair straightener makes it work the price tag. But, unfortunately, the technology inside isn't quite as good as what's in our GHDs. Our hair, several times after using the Dyson Corrale, has

How does the Dyson Corrale perform?

The Dyson Corrale straightens our hair effectively at 165ºC, though we usually opt for 185ºC to ensure our style stays put for a tad longer. Be sure to bear in mind that most hair straighteners without heat setting choices will automatically heat to 185ºC. The Dyson Corrale is also good for flyaway hair, and it works well with extensions, too. As for curling, the flexing plates make that job easy. As does the rounded barrel.

The only thing we will say about the Dyson Corrale is that since it's a bulky hair straightener, it can be quite tricky to catch very fine, new growth, or short hair. Baby hairs, short fringes or bangs may need a little more time to style.

All in all, we definitely think that the cordless aspect of this Dyson hair straightener makes it work the price tag. But, unfortunately, the technology inside isn't quite as good as what's in our GHDs. In terms of results, both GHD and Dyson hair straighteners give the same results on our hair – straight, smooth and shiny. However, several times after using the Dyson Corrale, our hair has gone from straight to wavy again, after walking outside, within an hour. Other than that, battery life is impressive, the fact it offers a range of heat settings is brilliant and they really do make your hair look (and feel) shiny. We just wish this effect lasted for slightly longer. Saying that, if your hair is naturally straighter than most, then this Dyson cordless hair straightener should do the trick. It's also a blessing for parents who can't afford to sit next to a plug socket for 10 minutes each morning.

While we highly rate the cordless feature of the Dyson Corrale – it has proven itself so handy – and the differing temperature settings, we do have to bear in mind the high price tag. GHDs offer the same finish, but it lasts longer than that of the Dyson hair straightener. They are also much more budget-friendly. That said, if cordless operation and temperature adjustability are high up on your priority list, you can't go wrong with the Dyson Corrale.

Where to buy the Dyson Corrale

Wondering where to buy the Dyson Coralle hair straightener? See below for a full list of stockists.