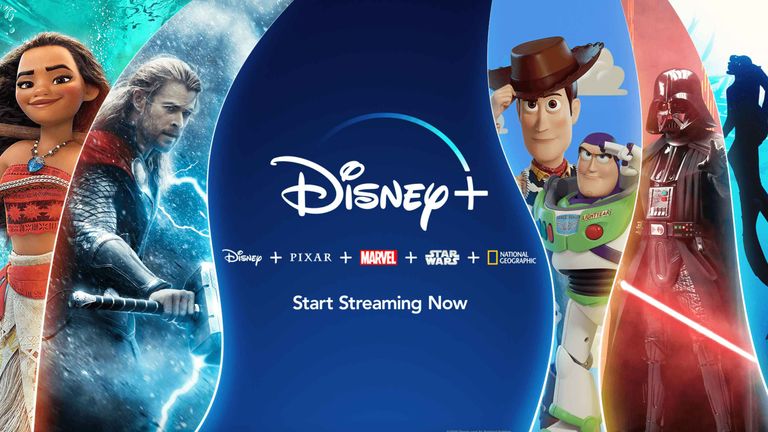 Considering buying  Disney Plus? Whether you just want it to help you survive the summer holidays, or, you can imagine yourself watching it for year's to come, this best streaming service offers something for everyone. TV shows, movies and shorts from Disney, Pixar, Marvel, Star Wars and National Geographic. New content gets added weekly so that you're never stuck for something new to watch, while Disney Plus Originals are aplenty.

New to this streaming service for August comes The Greatest Showman, Beauty and the Beast and Fantastic Four for US viewers. Those in the UK can look forward to The One and Only Ivan, Magic Camp and more. Phineas and Ferb the Movie: Candace Against the Universe lands on the 28th August for both UK and US watchers.

Disney Plus – UK and US – both used to offer a free, seven-day trial to new customers. Since this streaming service is no longer new and has been around for a good few months now, this is no longer an option. However, Disney Plus is only £5.99/$6.99 per month and it's contract-free so you can cancel at any time. Like what you are hearing? See below to subscribe and scroll for tonnes more info.

Head over to our streaming hub page for TV and movie recommendations on favourite streaming platforms.

Use the links below to jump to what you'd like to know about Disney Plus:

Disney Plus | £5.99/$6.99 per month
This great streaming service plays home to some of the best TV available right now. For a small fee per month, you'll get access to never seen before movies, series, documentaries and more. From Disney, Pixar, Marvel, Star Wars and National Geographic world.View Deal

What is Disney Plus?

Disney Plus is a streaming subscription service that lets you watch movies, TV shows and shorts from Disney, Pixar, Marvel, Star Wars, National Geographic, and more. All in one place. It's ad-free, you get access to exclusive originals as well as thousands of movies and shows you already love. The best part? It comes with unlimited downloads on up to 10 devices. Only four devices can watch at one time, however.  You can stream this new service through your TV, a web browser or via the Disney+ app.

Disney Plus used to offer a free, seven-day trial but since this streaming service is no longer new, they discontinued this perk. However, Disney Plus is contract-free so can be cancelled at any time.

Wondering how to sign up to Disney Plus? Click this link to go straight through to the signup page.

New content lands on this streaming service each Friday. Some Fridays may see no new movies or TV show added, while others may see 20 plus additions. Content differs depending on which region you are in, too.

Coming soon to Disney Plus

Disney Plus is set to launch lots of new content throughout 2020 and 2021. From movies to series and shorts, they've honestly thought of everything. Here's a rundown of what's yet to come to Disney Plus in 2020 and 2021, that we're excited about:

Disney Plus release lots of new content each month. Here's what's new in the US and Canada for the whole of August. There's a lot...

Here's what's coming to Disney Plus UK for August 2020. Maleficent: Mistress of Evil and Frozen 2 have newly been released, while Phineas and Ferb The Movie: Candace Against the Universe and The One and Only Ivan are still to come.

There is a huge range of over 1,000 movies, series, originals, and more to watch on Disney Plus, all of which can be downloaded to watch later. We've rounded up our top Disney movies below.

As it stands, these are our pick of the best movies and series we know are definitely available to stream on Disney Plus:

How to watch Disney Plus

It couldn't be easier to watch Disney Plus, wherever you are, whatever you're doing. You can either watch Disney Plus straight from your web browser or via a mobile device or tablet – it's compatible with Android, Apple and Amazon devices. There's also the option to watch Disney Plus through your smart TV, should you own one. Compatible TVs include Android, LG Web OS, Roku and Samsung Tizen models. Last but definitely not least – actually, probably the most popular way of streaming Disney Plus – via game consoles and streaming devices. From the Amazon Fire TV Stick to Apple AirPlay, Apple TV, Chromebook, Chromecast, Playstation 4, Xbox One and Roku.

We've popped a list below of all of the ways you can watch Disney Plus other than through your web browser – AKA disneyplus.com – with links to make streaming Disney+ on your device that little bit easier.

Don't own one of these devices? You can find the best prices on several streaming sticks that are compatible with Disney Plus below.

Disney Plus is home to a huge range of Marvel content. See a full list of Marvel movies – in chronological order – that you can watch on Disney Plus, below.

Also on Disney Plus but not part of the Marvel Cinematic Universe are...

Yes, it's true: Disney Plus is home to so much Star Wars content from The Mandalorian to the last movie, Star Wars: Episode IX — The Rise of Skywalker, and Star Wars: The Clone Wars. See a full list of Star Wars movies – in chronological order – that you can watch on Disney Plus, below.

Much like other streaming services, Disney Plus have an app. This app can be downloaded on Google Play or the App Store. It makes watching on the go a breeze.

The Disney+ app is easy to navigate – at the bottom of your screen will be four buttons. The first going from left to right takes you home, the second is to search, the third to see downloads and the last on the very right is your profile. On the Disney+ app, right at the top of the screen, you'll see a reel of top/new content to make it easier for you to find. Below there are five buttons, each linking to a world – Disney, Pixar, Marvel, Star Wars and National Geographic. Much like other streaming services, Disney+ gives recommended content and then starts to list originals, stuff that's trending and more. You can see a screenshot of the Disney+ app and how easy it is to use, below.

Can I use Disney Plus when I'm out of the country?

Series and movies can be downloaded on Disney Plus so that you can watch them abroad without the need for a connection. Otherwise, if you're heading to a country that has Disney Plus and are intrigued, you can indeed stream the content that is available in the country you're visiting.