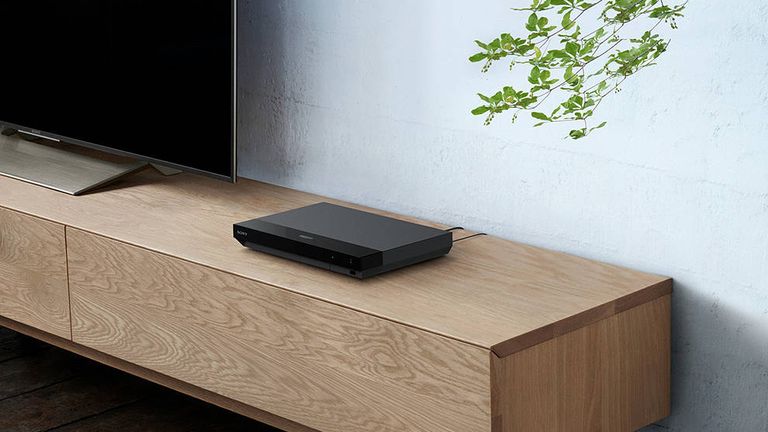 Looking for the best 4K Blu ray player to complement your home cinema set-up? If you have a 4K television and a good soundbar, a quality Blu-ray player could be just what you need to ensure you achieve the best viewing experience, possible.

While all the streaming channels, such as Netflix and Amazon offer 4K streaming, experts say streaming quality will never match up to the quality offered by a 4K disc and a 4K Blu-ray player. So, if you're looking to achieve the best picture quality, it's a very worthy investment.

For all things home technology advice, information and honest reviews head over to The Hub.

The best 4K Blu-ray player is the Panasonic DP-UB9000. In addition to its stylish and unashamedly premium design, it offers an impressive range of support to all of the key HDR flavours, including vanilla HDR10, its dynamic sibling HDR10+, HLG and Dolby Vision.

In combination, this makes for a top-of-the-range viewing experience that simply cannot be rivalled by anything else currently on the market. While we'll acknowledge that it's a little on the pricey side, it's more than worth the investment if you're serious about image quality.

Not sure you need 4K? Browse our pick of the best Blu ray players.

How to buy the best 4K Blu ray player

Our recommended retailers for the best 4K Blu ray players

When it comes to buying the best 4K Blu ray player to suit your needs, there are a few features worth considering if you're looking to get the most for your money.

Standard Blu ray players are only capable of reproducing HD content, so even if you bought a 4K disc to put in it, the maximum output you’ll see on your TV will be of HD quality. To make full use out of your TV’s 4K features, you’ll need to purchase yourself a 4K Blu ray player.

Make the most of HDR

For the most part, 4K Blu ray players are much of the same – they produce content to a 3840 x 2160 resolution. Some of them do, however, have a couple of techy features that may make them stand out from the rest.

For example, some may offer 3D support, while the best ones feature Dolby Vision HDR standard for the pinnacle of picture quality.

Our top rated 4K Blu ray player, the Panasonic DMP-UB900EBK is more than worth the investment if you're looking for unrivalled picture quality. Here's everything you need to know about it.

With a double layer top plate and aluminium side plate, this model makes a stylish addition to any home cinema setup. Plus, it's sleek and slimline, meaning you won't have to worry about investing in a large TV stand.

Thanks to its ability to support all key HDR flavours, including vanilla HDR10, its dynamic sibling HDR10+, HLG and Dolby Vision, this model offers the best of the best when it comes to cinematic picture quality. See films as they were intended to be seen.

In addition to offering an impressive visual experience, this model also offers quality audio, thanks to Hi-Res Audio support, for an all-round experience. This is further enhanced if you connect to a home theatre system.

Connect to Netflix and Amazon Video

If you like the idea of combining your viewing of Blu ray disks with streaming services, you don't have to worry about reduced quality content. With platforms such as Netflix and Amazon Video already offering a real range of 4K content, streaming it through you 4K Blu ray player will ensure quality is maintained.

With its incredible picture quality and hi-res audio, all at a decent price point, the Sony UBP-X800 is another model that's more than worth the investment. Here's everything you need to know about it.

As you'd expect from a 4K Blu ray player, this model offers the stunning depth and realism of 4K HDR, as well as a wide colour range for a cinematic viewing experience. Plus, it's designed to upscale DVDs and Blu rays to 4K quality, so you don't have to worry about replacing older disks in order to achieve the same experience.

In addition to impressive visuals, this model also works to enhance your audio experience for unbelievable clarity. Plus, Dolby Atmos ensures that sound spreads, equally, throughout a space, ensuring the same sound quality from any angle within your room.

You've likely experienced the frustration of a film, or TV show... buffering... constantly. Well, thanks to the dual core processor on offer with this model, that no longer has to be the case. You're now free to enjoy lag free streaming directly from an android device.

In addition to providing the perfect platform to enjoy your favourite Blu-ray disks and DVDs, this model also provides access to Sony's Smart Platform, with over 300 apps including BBC iPlayer, Demand 5, YouTube, Netflix and Amazon Video.

While not technically a Blu ray player, the Microsoft Xbox One S has made the list because of its dual capabilities. Here's everything you need to know about it.

Perfect for those who enjoy watching the classics on Blu ray or DVD, as well as keeping up with the latest TV series on Netflix, it's possible to enjoy a combination of both with this model, thanks to Netflix 4K Ultra-HD compatibility.

If you’re looking to upgrade your games console and receive the biggest return on your investment, this Xbox is definitely a great one to go for… so long as you don’t mind the gaming interface.

Best budget 4K Blu ray player: the slightly downgraded little brother of the DMP-UB900, this is still a good buy in its own right

As the little brother to the DMP-UB900, the Panasonic DMP-UB700 does lack some of its most coveted features, but for those on a slightly smaller budget it still has plenty to offer. Here are our favourite features.

Despite being a cheaper model, the picture quality produce by this 4K Blu ray player is far from sub-standard. In fact, experts say that for the money, you can’t get much better.

Supporting HDR enabled Netflix, as well as Amazon Video, YouTube, BBC iPlayer, BBC News and Sport, there’s plenty for users to write home about with this model.It's perfect for those looking to combine smart streaming services with the use of disks.

Best premium 4K Blu ray player: an expensive addition to your home cinema set-up, this model is hard core when it comes to quality

The moist premium offering in our round-up, the Pioneer UDP-LX500 is certainly pricey. But, if you're looking for unrivalled audio and visual quality for a home cinema set-up, it doesn't get much better than this. Here's why it's worth the investment.

When it comes to visual quality, it doesn't get much better than this offering from Pioneer. Expect astonishingly fine detail for the ultimate cinematic experience, thanks to HDR10 and Dolby Vision. Plus, upgrading technology means its compatible with a range of display technologies, including LCD, OLED and even projectors.

Where this offering from Pioneer really breaks away from its rivals is in its crystal clear sound quality. Whether you're looking for a system that enhances the audio of your favourite film or TV series, or want to upscale the quality of CDs, or even audio files, this is the dream device.