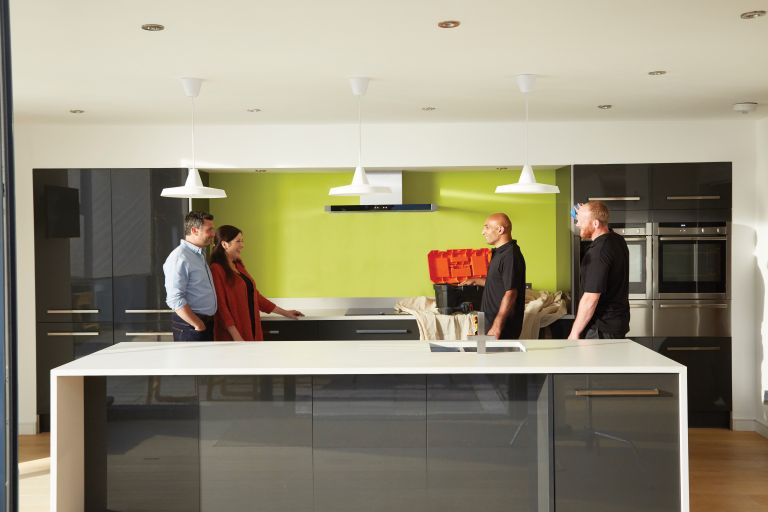 There can't be many of us who have started a home improvement task that has been finished perfectly on or below the expected budget. Quick show of hands around the Real Homes office shows that it's common, even for experts, to misjudge the cost of home renovations. And we're not alone.

New research carried out by Rated People, a leading online marketplace helping you find trusted tradespeople, reveals that 65 per cent of Brits have overspent on a DIY or home-improvement project. But, actually, that's not the most alarming result we gleaned from the study.

With the average DIY project overspend coming in at around £307, it also reveals that 25 per cent of renovators have had to ask for money from friends as a result, and 18 per cent have resorted to borrowing money from a loan company. Eek!

So what’s the reason behind this overspend? Surprisingly, over two thirds of us don’t always set a budget in the first place for projects that will cost over £100, with 46 per cent admitting the materials involved were more expensive than expected.

This lack of planning has also meant that 31 per cent of us have had to put a home improvement project on hold, and 18 per cent have stopped the project in its tracks completely. And of those who do set a budget, 66 per cent still end up dipping into savings. Only 21 per cent actually remain within budget.

So it seems that, as a nation, we’re not the best at budgeting for our projects. In response, Rated People has launched a handy series of cost guides, stating not just what the work costs, but why it costs what it does, so you can gauge if you’ve been quoted a fair price. Handy, we think, if you're using a builder you don't know or if you're unfamiliar with the cost of materials or renovations.

In the meantime, you can use our links below to help bring your project in on budget.