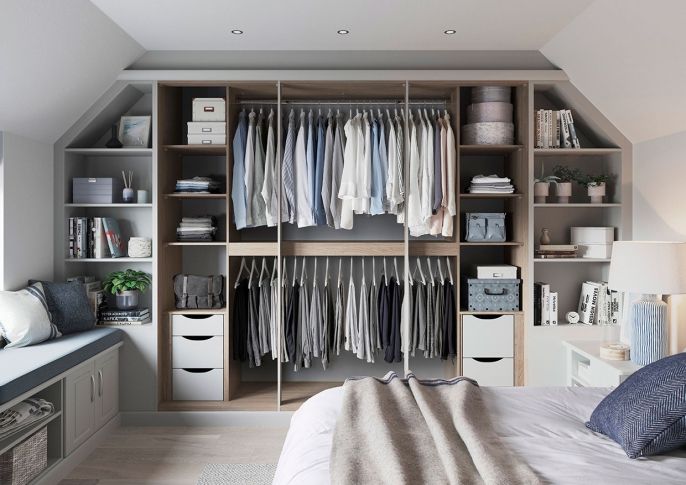 Clutter has long been a subject we’ve complained about, the bane of our lives, with our abundant stuff upsetting the tranquility of our home. But media sensation Marie Kondo, with her refreshing attitude to tidying and unique rituals, has encouraged the nation to get excited about decluttering and to make their homes happier.

But is she just that – a media sensation – or has Marie Kondo had a real impact on the way we live or, more exactly, approached tidying and organisation in our homes? And why have we become quite so caught up in what is, after all, housework?

A new survey of 1,024 Brits, conducted by Appliances Direct, has revealed that a staggering 38 per cent of people felt inspired to tidy their homes after watching her Netflix series, Tidying Up with Marie Kondo, or reading her book, The Life-Changing Magic of Tidying.

Of those questioned, 65 per cent knew who she was, and 44 per cent of those knew exactly what the now famous KonMari tidying method entails. The Netflix series has been a huge factor in her success, with 58 per cent of people asked having watched it, and 21 per cent of people having got rid of items in their home as a result.

But what is really interesting is that it's Generation Z (aged 18-24) who spend the most time tidying, for an impressive eight hours per week. This is the generation that’s grown up with the ideas of mindfulness, me-time and self-love. But it's also the generation that's become accustomed to browsing – and taking their own photos of – beautifully arranged, Instagrammable homes. So perhaps it’s no surprise that these are the ones wanting to dedicate the most time to creating an orderly and calming space.

Research scientists have made connections between clean homes and good physical and mental health. A study, led by associate professor NiCole R. Keith, Ph.D., research scientist and professor at Indiana University, found that people who kept their homes clean were healthier and more active than those who didn’t. Another found that people who described their homes as 'cluttered' were more likely to be depressed and have higher levels of the stress hormone cortisol in their system than those who said their homes were 'restful'. Researchers at Princeton University found that clutter can make focussing on a task more difficult, while the National Sleep Foundation reports that if you make your bed every day, you're nearly 20 per cent more likely to get a better night's sleep.