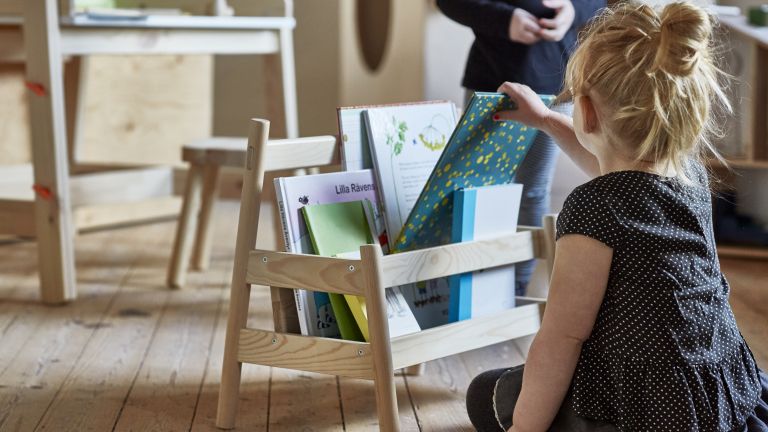 How much help with household chores do your kids give you? And is it right to get small children to do cleaning and tidying in the first place? Not unless you lead by example, says Marie Kondo. 'The most important thing is for parents to learn to tidy their own things first,' she told a Quora discussion. 'If parents can keep their own belongings tidy, their kids will notice and learn by example; they’ll realize how tidying is comforting and enjoyable.'

And, she told Time, she won't force her children to tidy up if they don't want to. Talking about her older daughter, she says, 'I do think about the day that might actually happen... I might say, "From here to here is your personal space, and if you decide to organize it, that would be great," but if she says she really doesn’t want to organize, I won’t say anything about that.'

Her approach is spot on. Research by family psychologists suggests that teaching but not forcing your kids to do household chores from an early age benefits both the family and the kids themselves. 'What’s especially effective is for parents to teach their kids how to fold their clothes,' continues Kondo in the Quora discussion. 'Keeping a habit of tidying up clothes, which are used every day and are clearly the kids’ own belongings, helps teach them the basic concepts of tidying up. It is ideal if you can start teaching them beginning when they are around three.'

It makes sense; modern parents are tired and often feel overwhelmed by the combined responsibilities of paid work, childcare, and running a household. And with the majority of families (60 per cent) now supported by both parents working, a tidier house, with children used to participating in housework, especially as they get older, will lead to a happier home.

But how does this translate in non-Kondo households? According to an article by Dr Eileen Kennedy-Moore, who is an expert on stress, parenting, and child development, kids aged between six and 12 spend on average less than three hours per week on household work – and 14 hours watching television. Frankly, we're surprised by how much time they spend on chores; not so much on the TV viewing hours.

But while there's nothing wrong with children watching some TV (and the distraction can give parents a much-needed respite from entertaining smaller kids), research into child development does suggests that kids are happier – and grow up to be healthier individuals – when they spend more time engaging in real life activities with all the family, and learn the benefits and pleasure of pitching in and sharing responsibilities.

We suspect these 'real life activities' don't mean shared household chores, but rather trips to the park/movies/mall. But, taking the Kondo tack and emphasising the positive aspects of household cleaning is a good way to get your kids to associate chores with fun and praise rather than tedious tasks they'd rather not do. As Kennedy-Moore explains, 'Too often, attempts to get kids involved in chores take the form of angry demands. These might get some immediate action, but the effects won’t last.'

So, what are some of the ways we can create positive associations around cleaning in our kids? Channelling Marie Kondo, the main things to remember are:

Perform these steps, and you may well be able to avoid many arguments about cleaning and tidiness when you children are older. Besides, people who were encouraged to do chores as kids have been shown to be happier adults, better co-workers, and even better romantic partners.