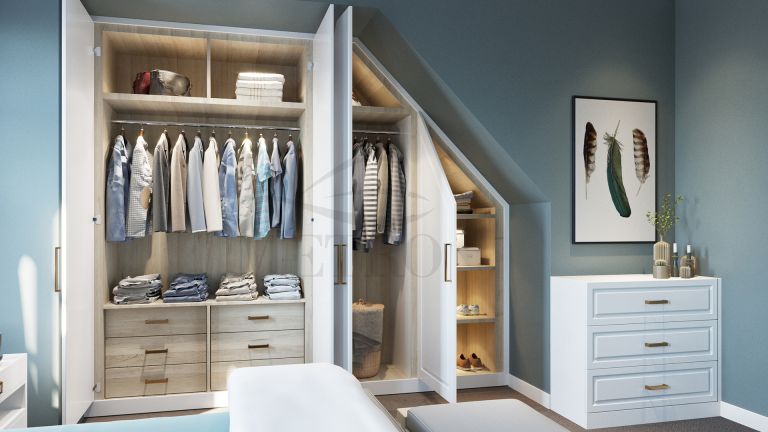 If you're not on board with Marie Kondo's decluttering and tidying method yet, you're probably from another planet. The Japanese tidying guru's simple method for getting rid of all the unnecessary junk lurking in your house seems to have taken the world by storm. And yet, a recent poll* points to a very different reality when it comes to people's decluttering habits – or, to be more accurate, lack thereof.

Clutter at home stresses us out, that much is clear, with women especially bothered by untidy homes. Four in five of female respondents to the poll (and as many as 60 per cent of the men) even say that they are made unhappy by all the unwanted stuff accumulating in their homes.

Despite this fact, it seems that decluttering itself stresses us out even more – half of the respondents explained that they were afraid of decluttering because they might throw away something that they actually needed, and 55 per cent are loath to declutter in case they ended up accidentally getting rid of something that has sentimental value.

Even more intriguingly, many of those who have tried decluttering have ended up regretting throwing things away: 40 per cent regret throwing away clothes, 36 per cent wish they'd held onto some of their old books, and just under a quarter (21 and 20 per cent respectively) regret chucking old furniture and kids' toys.

It may be that, for most of us, deciding what to throw away and what to keep takes a bit more time than just looking at it once to determine whether it 'sparks joy'. If you're not sure you're ready to part with a possession, just keep it – we won't tell Marie Kondo. Promise.

*A YouGov poll of 2068 adults, analysed by Caboodle