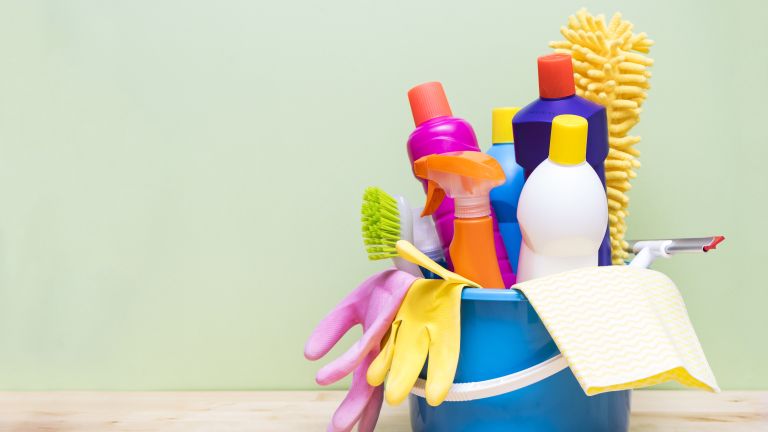 Despite the best efforts of Marie Kondo and Swedish Death Cleaning guru Margareta Magnusson, it seems that we are no longer embracing the concept of the spring clean. Let's put it another way, a huge proportion of us don't even know what the phrase 'spring cleaning' means.

Yup, 37 per cent of people asked in a new survey said they didn’t even know what 'spring cleaning' was. *Picturing big fat tears running down Marie Kondo's face*. (If you're one of them, it's the ritual that dates back centuries: windows were flung open, houses given an airing and surfaces cleaned of the layer and soot and dust that covered them after a harsh winter.)

For those who do know, the survey revealed that less than half of us – 41 per cent – actually got as far as putting what they scrolled or clicked on into practice, blitzing their rooms with vacuum and duster as the blossom was on the trees.

In fact, 59 per cent actually confessed to not having made any special effort with a concentrated deep clean this spring, and 44 per cent actually struggled to grasp the concept of spring cleaning at all, claiming they didn’t know what tasks it should involve.

For 35 per cent, life simply got in the way (obviously not ready to face Swedish Death Cleaning, then), and they found they didn’t have the time to spend spring cleaning, while 27 per cent admitted to needing help. A confident 20 per cent said they hadn’t got scrubbing, washing or polishing because they believed their homes didn’t need it. But despite the majority not doing a spring clean this year, 43 per cent admitted they do stress about the cleanliness of their houses. Come on, people, let's 'spark joy' (as Marie K would say).

The idea of the ritual clean is that it is deeper and more thorough than a weekly tidy up, of course. But even with this attention to detail, there are some areas that get overlooked.  Fourteen per cent said they neglected to dust the skirting boards. Eleven per cent hadn’t washed their bedroom pillows (yeww), while seven per cent didn’t bother to vacuum air vents.

Mark Kelly of AppliancesDirect.co.uk, which conducted the survey, said that it was ‘surprising’ to find that there were so many who ‘don’t know how to effectively do an annual spring clean and even some that don’t know what the meaning of it is, despite it being a long-standing tradition. ‘It is important to stay on top of the spring clean, and the task does only come around once every year,' he says. ‘Perhaps by separating the cleaning chores into smaller chunks among the whole family it can be more manageable and easier for many of us. It also doesn’t have to be dull, why not make it more enjoyable by playing music while doing these tasks?’

Marie Kondo would approve of Mark, we think.