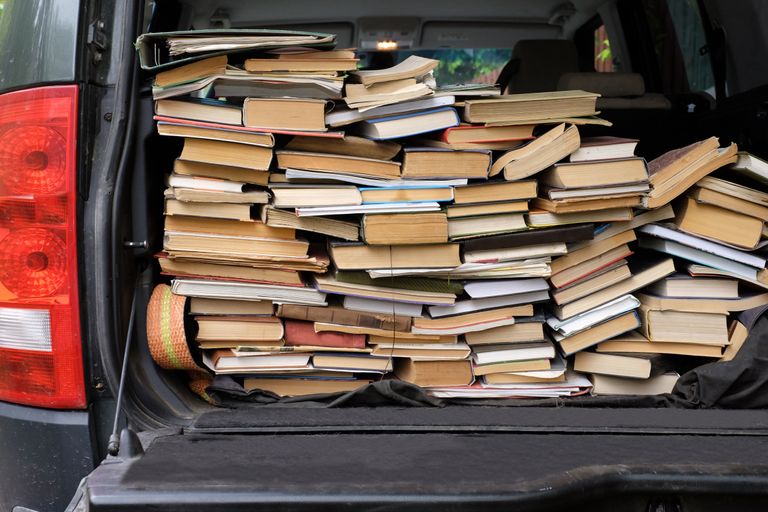 If you still haven't heard of Marie Kondo' decluttering method, you probably live on the moon. The Japanese tidying guru has taken the world by storm, with 'spark joy' now part of everyday parlance (whether you say it with a straight face is another matter). But, inevitably, as Kondo has gained in popularity, she has attracted some criticism, most recently after an episode of her Netflix show in which she advises a couple to throw away some of their books.

As rule, says Kondo, she advises people to keep no more than thirty books at a time and, apparently, keeps her small book collection in a closed cupboard.

Kondo's approach previously focused mainly on clothing and household items, but the suggestion to pare down a book collection has sparked outrage online. One particularly impassioned article in Washington Post put it quite strongly, telling Kondo to 'keep your tidy, spark-joy hands off my book piles'. As the controversy has got more heated, a number of writers and bibliophiles have hit back, writing for the Independent explaining why they keep far more than thirty books in their homes and proudly posing next to their book collections in photographs.

Marie Kondo's response? That getting angry at the thought of throwing away your books is a good thing, as far as she's concerned. 'If your reaction is anger that you have to let go of books then that's great because that means for you books are invaluable,' she comments. 'The point of the KonMari Method is to figure out your sense of value, what you hold most important.' As we've all discovered, bibliophiles already have that figured out.

Have you ever whittled down your book collection? How many books do you have? Tell us on Twitter and Facebook.