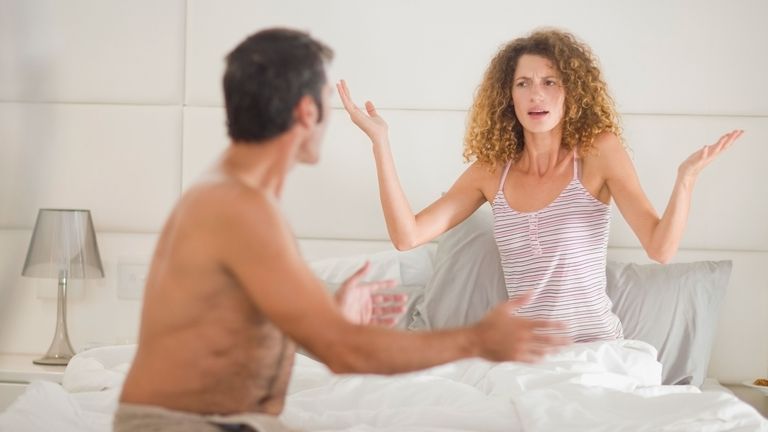 We're picturing Marie Kondo's huband getting a ticking off because he hasn't loaded the dishwasher again. Or maybe she has left a dirty cup on the coffee table. Again. Sound familiar? Well, maybe the Kondo household scenario is unlikely – and, in fact, we have reported in the past that Marie K wouldn't force her children to be tidy – but most of us who live with a partner or spouse will have argued with them about their cleaning habits at some point, right. And, sadly, for some of us, arguing about cleaning with our loved ones has become a daily habit.

A new study of 2,000 adults by online blinds retailer 247 Blinds reveals that half of the couples who participated argue about cleaning techniques, a third can't agree on how often domestic chores should be performed, and a fifth bicker about something cleaning-related on a daily basis.

The poll also included giving respondents a chance to point to the habit that they found most annoying their partner. Not cleaning up after cooking topped the list at 23 per cent, with other prominent pet peeves including leaving dirty mugs around the house (21 per cent), not replacing toilet rolls (20 per cent), and not putting clothes in the laundry basket (17 per cent).

Sally Baker, Senior Therapist at Working on the Body, explains the psychological underpinnings of cleaning-related arguments between cohabiting couples:

'People often have different attitudes towards levels of cleanliness within the home and this can lead to feelings of stress and resentment. One of the most significant influences on a person’s attitude towards cleaning is how they were brought up. However, there is also a known link between depression and feeling overwhelmed and this can make people unable to keep their house in order, which in turn can make a person’s depression or anxiety even worse.'

So, how can you encourage your messy (and potentially anxious) partner to improve their domestic cleaning habits? The key is positive reinforcement rather than harsh criticism. Sally continues,

'A person can change their attitude towards cleaning and domestic chores, but they have to feel motivated to do so. If you want your partner or flatmate to help out more at home, giving incentives and praise when they have done something helpful is much more likely to change their behaviour than being critical!'

We can add that it may be useful to engage with your partner Marie Kondo style. By talking about cleaning and tidying in terms of positivity and joy, rather than in terms of blame and guilt, you may be able to help your loved one change how they think about cleaning from boring chore to something that makes you both happier. Good luck this weekend.