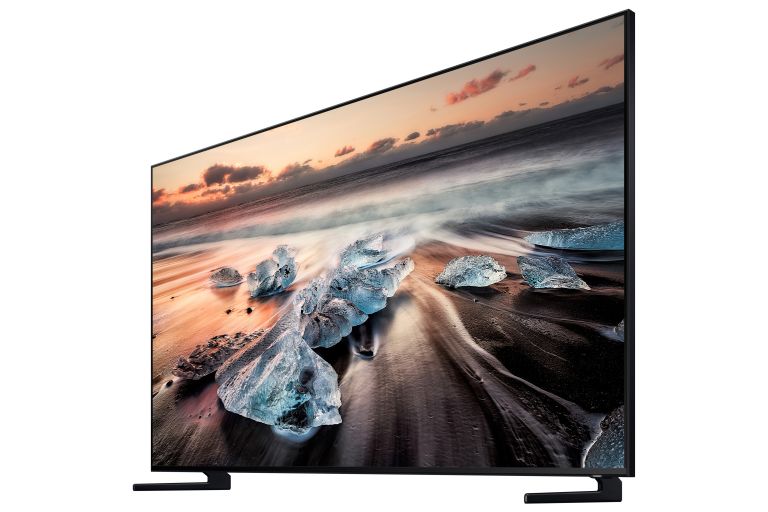 The audio visual industry just loves those big numbers, so it’s no surprise that at this year's IFA 2018, massive screens and jaw dropping resolutions were the name of the game. So despite the fact that we are just getting our heads around 4K TVs, manufacturers were way ahead, promoting their new 8K models.

Among the major launches, Samsung unveiled its first Q900R QLED 8K TV. Available in four room-dominating sizes, 65 inches, 75 inches, 82 inches, and 85 inches, the Q900R (Q900FN in the US) is Samsung's first leap in 8K display territory and will be available in the US at the end of September.

But what exactly is 8K?

An 8K TV is a higher resolution TV format. An 8K image is composed of 7,680 pixels horizontally by 4,320 pixels vertically, the horizontal resolution is fairly close to 8,000 ­­– hence the 8K.

So the biggest difference with Samsung's 8K TV will be how many pixels it can produce – a whopping 33million, 16 times as many pixels compared to a normal HD TV. It is also a lot brighter and is capable of 4,000 nits peak brightness, compared to 1,700 peak brightness in Samsung’s latest Q9-series 4K QLED TVs.

'At Samsung, we’ve worked tirelessly over the years to move the industry forward when it comes to premium picture quality, and the introduction of the Q900FN with 8K AI Upscaling is an integral component as we look to the future of displays,' says Jongsuk Chu, Senior Vice President of Visual Display Business at Samsung Electronics. 'We’re thrilled to introduce the Q900FN to consumers and are confident that they will experience nothing short of brilliance in colour, clarity and sound from our new 8K-capable models.'

So how much 8K content is even out there?

Not much to put it bluntly. Even 4K is still pretty much limited to streaming content and Blu-Ray discs. But this particular 8K TV from Samsung features a unique up scaling technology that uses artificial intelligence to improve the picture quality of whatever you're watching. Samsung claim that the Q900R’s 8K AI Upscaling feature uses artificial intelligence and a dedicated processor to bring images up 'to a level compatible with 8K regardless of the original source quality or format.'

And how much will Samsung’s 8K TV cost?

In terms of prices, Samsung has yet to announce anything official but expect it to cost more than your first (and probably second) car. Samsung’s top-of-the-range Q9-series QLED 4K ultra-HD TVs start at around £3,000  (and that's for 65 inches), so you do the maths.