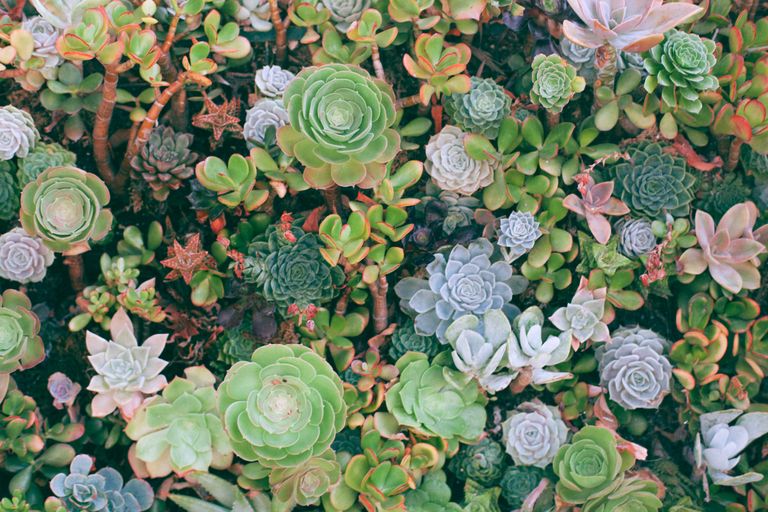 One of our most favourite Insta feeds? It has to be Monty Don’s. A look at Monty’s garden is a remedy to the stresses of life, we think, but aside from that it’s packed with ideas we want to copy.

Our most recent spot is the display Monty’s created on a table. It’s a rockery in containers and we’re sharing because we think you’ll love it as much as we do. It would look fabulous reproduced in any garden, but one of the things that’s brilliant about it is that even if you have the smallest of exterior spaces, you could pull it off, too.

Keep scrolling for tips from Monty on how to create a container rockery like his, and don’t miss out on all the inspiration for your plot on our garden ideas page.

Take a peek at Monty Don’s fantastic rockery in containers

Pots on the table outside the potting shed Monty Don

Monty grows succulents in pots to order to provide the conditions they like. They’re pretty tough plants but, Monty advises, they don’t like being waterlogged. To stop this happening, he recommended in the Daily Mail that they should be grown in a very gritty compost mix, adding the same volume of grit to a peat-free potting compost.

As well as paying attention to the compost, you’ll need to avoid overwatering, Monty wrote in the Daily Mail Weekend magazine. Let them dry out before you water, he says, and although requirements vary from plant to plant, water too little rather than too much.

Succulents are easy to propagate, Monty explained on BBC Gardeners’ World so you can increase the size of your display. Most can be propagated from cuttings: echeveria from leaf cuttings, and sempervivums – or houseleeks – make their own ‘babies’ you can just take off the plant and pop into a pot. Aeoniums are ‘a little bit more complicated when it comes to cuttings’, Monty says, but you can still do so.

Take advantage of a greenhouse, conservatory, or a porch or windowsill to grow your succulents, Monty explained on BBC Gardeners’ World. Plant up in autumn, then put the plants outside for the summer.

Monty is a huge fan of lithops, so to get the look of his succulent table include these in your selection of plants. They look like stones, which helps them to survive in the deserts of Namibia as they’re ignored by grazing animals, Monty explained on BBC Gardeners’ World, but they produce amazing blooms.

Which pots are best for showing off your succulents so your display looks like Monty’s? Shallow terracotta pots will work best, he told BBC Gardeners’ World. Make sure they have big drainage holes in the bottom, and put a layer of grit on the top of the pot, Monty says. It looks good and stops moisture splashing back.