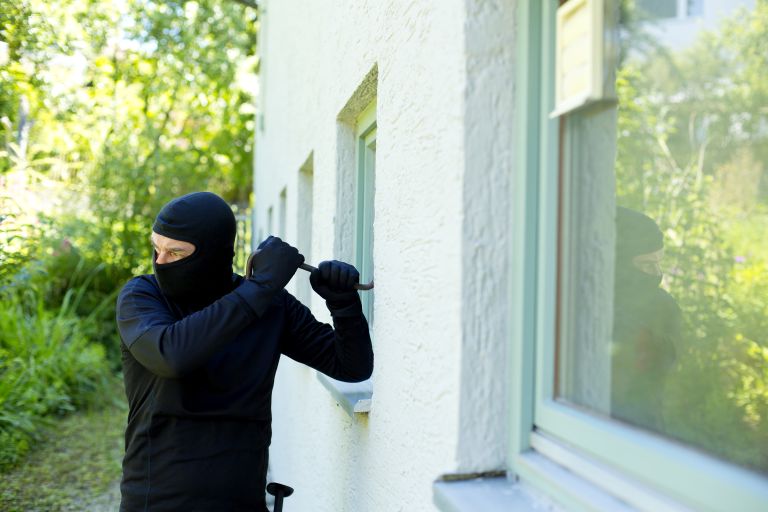 Porch piracy - where thieves nab anything from milk bottles to packages left by delivery people – isn't a new thing, but with the rise of online shopping, it's certainly become a career choice for some opportunistic thieves.

And in summer, porch piracy stretches beyond the porch and into the back yard. Yup, with the summer temperatures picking up, homeowners are getting their bbqs and garden furniture out – and leaving them there for the summer season.

However, you might think twice about keeping your possessions outside when you read the recent statistics on garden thefts.

Official figures* show that garden thefts have increased hugely since 2017, with 112,000 more thefts reported last year – a rise of 23 per cent in only a year. And it's not just barbecues that are desirable to petty thieves: lawnmowers, garden furniture, potted plants, and even garden gnomes (yes, really) have been taken from poorly secured gardens.

Started worrying about your garden equipment? One solution is to check that your home contents security includes the contents of your garden. Or take out garden contents insurance (some policies even cover plants).

But prevention is better than cure, right? So, consider beefing up your home security: install decent locks on gates and ensure the contents of your garden aren't visible from the street. Think about installing a video doorbell, too; with sophisticated cameras, many of them allow you to see well beyond just the front porch – and if you have the Neighborhood app, you can share film of thefts with neighbours – and, in some cases in the US, with the police. You may also want to install some floodlights – one thing burglars definitely dislike (other than being on film) is being visible in bright light.