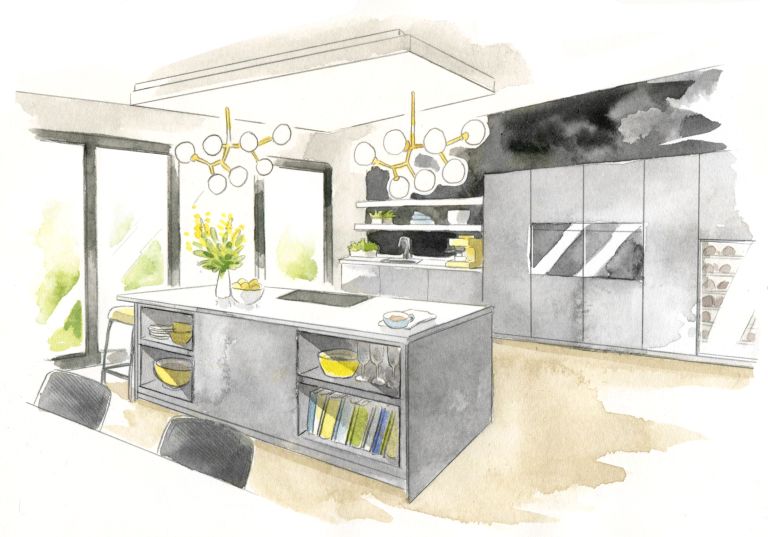 When you're daydreaming of what you'd do with all that money up for grabs in this week's National Lottery, what are you thinking of?

For a lot of us, investing in our dream property is top of the list – but a new survey*  has revealed that the average Brit's dream home is a three-bed semi-detached house.

Before you reel back in shock at the lack of Simon Cowell-like ambition, the list of demands also includes a pool and a hot tub – so we do have our sights set fairly high after all.

Just over 40 per cent of those surveyed would want three bedrooms – and only 4.5 per cent wanted a house with five bedrooms or more.

Tech also features high on the list, with a third of Brits wanting smart appliances like TVs and washing machines.

When it comes to coughing up the cash, the majority of respondents would pay £400,000 for their dream abode.

See the full list of demands below. Do they match up with your dream home?

Unsurprisingly, 42 per cent of Brits want a kitchen island – perfect for socialising and hosting parties.

If you love colour, you'll balk at the idea of a white kitchen – but most Brits would love a pared-back style with white features.

Over half of those surveyed said they'd love a smart TV in their dream lounge, but all that tech would be balanced with plenty of warm features like an open fire and fireplace (41 per cent).

Big, comfy corner sofas featured heavily in people's responses, while nearly 35 per cent would like large folding doors out into the garden.

The colour scheme? Again, most Brits have opted for white in their dream living room, with tones of grey and brown. Looks like we're fully embracing neutrals, then.

While most Brits said that three bedrooms would suit their needs, they didn't hold back on luxury features: nearly 60 per cent would like an en-suite off their dream master bedroom, while 50 per cent wished for a dressing room and walk-in wardrobe.

Over a quarter of people were feeling optimistic about the British summer, stating that they'd like a balcony in their bedrooms to enjoy breakfast al fresco.

The minimalist aesthetic stays strong in this room, with white, grey and hints of blue and purple the preferred palette.

It's in the garden that Brits really went to town with their dream property. Nearly two fifths would like an outdoor kitchen for those summer barbecues, while 27.2 per cent wanted a hot tub and 25.3 per cent dreamed of a pool.

Almost 30 per cent wanted a garage to secure their belongings in, while 27 per cent would love a summerhouse.

However, only 40 per cent of those surveyed said it's important that they have a back garden at all. They obviously hadn't checked the weather forecast for this weekend.