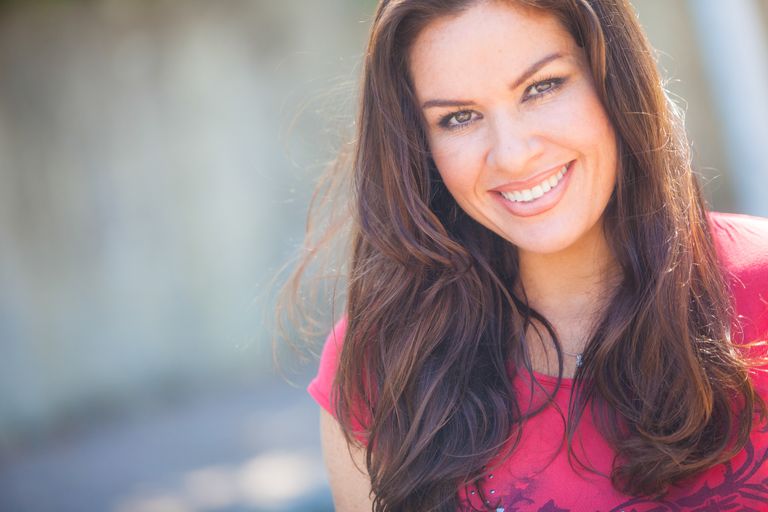 Georgina Burnett’s traumatic birth involved a three-day labour and insufficient pain relief during her C-section, leaving her in agony. Although she fell in love with her baby daughter Bonnie, now four, the BBC and ITV presenter was left suffering anxiety and post-natal depression.

Georgina tells her story, 'We had struggled with infertility, so I was thrilled to be pregnant and planned an all-natural birth. But after running over my due date and being induced, I ended up having a terrible experience, which ended in a traumatic emergency C-section.

Georgina returned to work quickly, and found herself struggling with having juggle a new baby, work, and doing up an old house. She and her husband worked hard on the home, but something wasn't working.

'It was a huge project – too much really, with a newborn. We had also chosen various tasteful shades of grey, which were very stylish on one level, but that I found only contributed to my low mood,' she says.

She ended up struggling to sleep, being panicky and eventually getting diagnosed with anxiety and depression. 'The key to my recovery was changing my space. I banished the grey by introducing touches of strong colour throughout – yellow in the kitchen, fuchsia in the bedroom and orange and teal in the lounge. I also made sure I had an adult room to relax in where there was no baby paraphernalia, so I could remember who I used to be. Creating an area for exercise made it easier to feel good about myself.

'I filled the house with plants. As the Resi and HomeOwners Alliance survey* suggests, nature has the most profound effect on our mood but I don’t think we necessarily need outside space. We can get many of those benefits with lots of plants.'

Georgina now helps others struggling with mental health problems to turn their homes into healthy environments full of colour, plants and a lack of clutter.

'Getting better was a gradual process, but I know that making interior changes helped my recovery. It might seem relatively trivial, but our homes have a profound effect on who we are. I love using this expertise to help others improve their homes and enhance their well-being.'

She is one of many people whose mental health has been positively impacted by their home and surroundings, as new research reveals. According to the Homeowners Survey 2019, polling over 2,000 UK adults online, on behalf of HomeOwners Alliance and Resi.co.uk*, key factors in promoting mental wellbeing and happiness include:

The HomeOwners Alliance is a consumer property advice website offering homeowners tips on improving their homes and advice for aspiring homeowners who are buying and selling property. They are here to make sure homeowners in the UK have a place for independent advice in all matters of property advice, from managing estate agents and mortgages, to the legal side and government schemes.