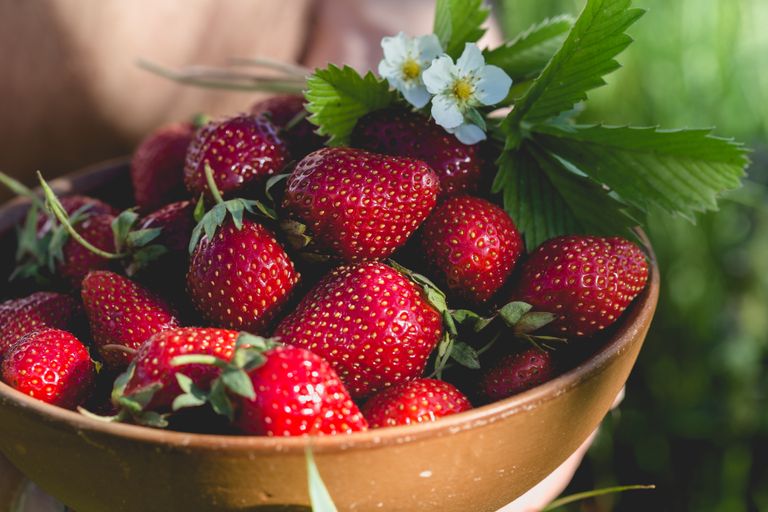 Is organic food worth buying? Is it really better than conventionally produced food? Is it worth adding to your diet if you're trying to eat more healthily? And is eating organic a more sustainable choice when food shopping?

The short answer is: it all depends on what you're hoping to get out of shopping organic. There is no conclusive evidence that organic food has additional health benefits than conventionally produced food. In other words, it won't make you slimmer/live longer/offer reliable protection from chronic illness.

However, research has shown that organic food contains more nutrients than non-organic, while the pesticides and other additives found in non-organic food have been linked to health problems.

Is organic more sustainable? Yes – organic produce is often more local and made using farming methods that are gentler on animals, soil, and the entire eco-system involved in food production (including the humans who are doing the farming).

Having said all of this, organic food does tend to be more expensive, so most of us can't afford to eat everything organic. However, there are several key foods that are really worth buying organic for multiple reasons, and they are increasingly affordable.

Currently, buying organic meat is one of the only ways to ensure you are buying high welfare produce; the 'organic' label not only guarantees that you're buying meat from animals that were slow grown (rather than fast grown with the use of steroids or growth hormones, for instance), but also that the animal had had the best possible life before slaughter.

One study has even found a correlation between the stress hormone levels in meat (as a direct result of quality of life) and human health.

Organic milk has been shown to have a higher nutritional value than non-organic, since it is milked from cows that are allowed to graze freely. It is also better for all the same reasons as organic meat: no artificial hormones or antibiotics and cows that have significantly better quality of life.

A detailed analysis of different types of bread by the Organic Center found wholemeal bread made from organic wheat flour to be significantly more nutritious while containing fewer ingredients – importantly, fewer additives and preservatives that are of no nutritional benefit.

There is also some concern around the use of potentially harmful pesticides in the conventional production of wheat, although a thorough investigation did not find enough of a link to prove that non-organic wheat is 'toxic' or that it causes wheat intolerance.

Did you know that conventionally farmed berries have been found to contain as many as 32 (!) different types of pesticides? Now that's food for thought.

Juicy fruit such as peaches and grapes are also prone to excessive pesticide use because they're more prone to insect damage than other crops. And, unlike with vegetables that can be peeled and cooked, you will be ingesting more of the pesticide residue when you eat them. Seeking out organic berries and soft fruit (locally farmed, if possible) is definitely a good idea.