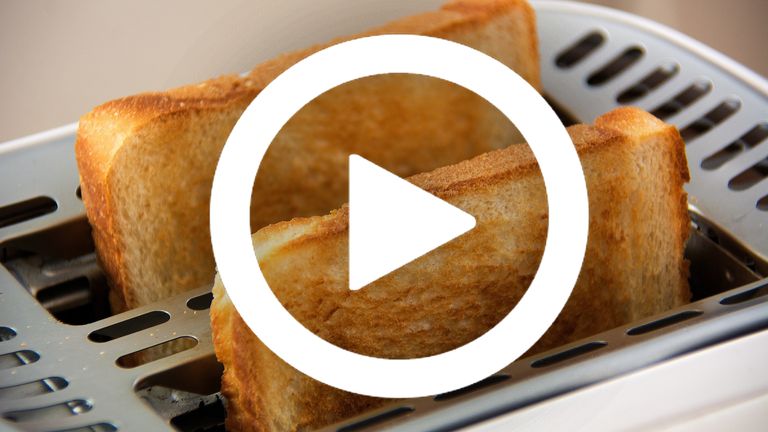 How much do you really need to spend on a new toaster? As part of the Real Homes Show, we've put toasters for every budget to the test so you know how much to fork out next time you need to buy. If it's an even toasting and easy-to-retrieve baked goods you're after, does a £9 model performs just as well as one costing £100? Find out below to see how we put them through their paces.

And if you want to browse our best toaster buying guide for more great buys, hop across there afterwards.

The clear winner for speed was the Russell Hobbs Inspire, our mid-budget toaster, which popped out a slice of white toast in two minutes 20 seconds. It was closely followed by the premium toaster, the Dualit Lite, in two minutes 24 seconds, with the budget George Home toaster taking a lengthy two mins 40 seconds.

None of the models we tested browned the toast evenly – all of them left the top section whiter and less cooked than the remainder of the slice. The joint winners for producing a medium-cooked slice were the high-end Dualit and the budget George Home toasters. The Russell Hobbs left our toast looking a little anaemic and the top was very undercooked.

There's nothing worse than a toaster that traps your bagel, meaning you burn your fingers trying to retrieve it. All three of our toasters have a handy extra-lift function which enables you to get smaller items out without burning yourself. The real winner here, though, has to be the high-end Dualit, which has a bagel function. This warms the curved side and toasts the top so it's the perfect combination of gooey and crunchy. The budget George Home model and mid-range Russell Hobbs both over-cooked the bagel, so you'd be better off using the grill on your oven.

Crumpets can be just as hard to fish out of a toaster as bagels. Luckily, all three toasters have a lift function meaning we didn't have to poke around inside with a knife (power off, of course) to get them out. The best crumpet toaster was the mid-range Russell Hobbs, which produced a nicely crisped crumpet. The high-end Dualit has a handy function that allows you to pop-up items half-way through to check they're cooked to your liking, but the toast was uneven. The George Home model, at just £9, cooked evenly but left the bagel soggy in the middle.

Which should you choose?

Check out these related articles