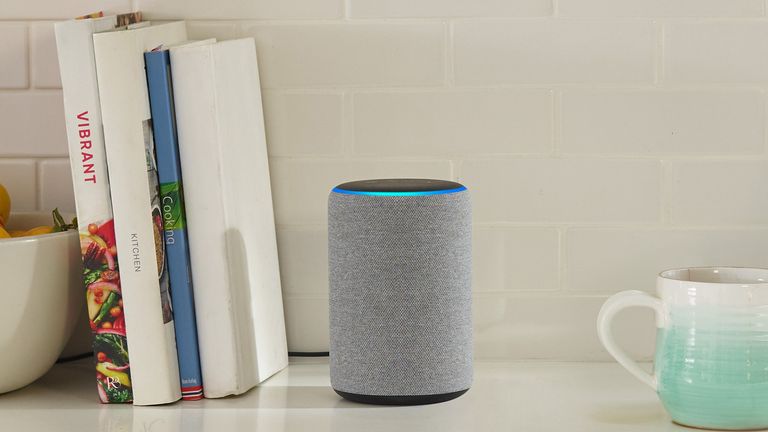 Late last week, in a surprise press event at its futuristic ‘The Spheres’ headquarters, Amazon made an unprecedented 70 announcements relating to its Alexa voice-activated smart assistant, including the launch of 11 new products. Here’s everything you need to know.

Amazon used the event to reveal not one, but three new Alexa-powered smart speakers, each updates on existing devices in the Echo range.

The most interesting of the three was a brand new Echo Show device (below). Like its predecessor, it features a screen so that you can receive visual feedback along with Alexa AI voice responses, but it now also includes a ZigBee smart hub controller built in. This means it can be used to control all the smart home equipment in your home, like smart lights and connected thermostats, without the need for bulky individual hub devices for each separate product.

In addition, the 2018 Echo Show has a far more refined look, removing the industrial speaker grilles of its predecessor in favour of a larger HD screen and improved back-firing speakers. It’s available for pre-order now at £219.99.

Next up was an improved Echo Dot (below), the small puck-like speaker that’s your entry point to the Alexa smart home range. Costing just £49.99, it now comes in an curvy fabric-covered design that’s far more attractive than its plastic-y forefather, with improved audio included to boot. It can now be paired with a second Echo Dot to make a stereo pair too, giving greater detail to what’s traditionally been the weakest audio performer in the Echo line-up.

Finally there’s a new Echo Plus, which, like the Echo Show, includes a ZigBee smart home controller. It looks much more like the standard Echo now, dropping the metallic look of the original in favour of a fabric covered design. It’ll cost £139.99, and adds a temperature sensor into the mix, letting you trigger off smart home routines based on ambient temperature readings. For instance, should the Echo Plus find that your home is dropping to a chilly temperature, it could be trained to automatically communicate with your smart thermostat so that it dials the heat back up without your direct input.

For those with a particularly fine-tuned ear, Amazon is also looking to court audiophiles with a number of new Alexa-enabled products that push audio performance to the next level. There’s a new Echo Sub on the way at £119.99, being a wireless subwoofer to add deeper bass to a paired Echo speaker, and two new amps for adding Alexa smarts to your existing high-end audio gear. These amps appear to be US only products for the time being though. For reference, the Echo Link is priced at $199.99, while the Echo Link Amp adds a 60W 2-channel amplifier for streaming high-fidelity music, and costs $299.99. We’ll keep you posted on if these head to other global territories.

There’s also an all-new Echo Input device (below), a speaker-free, mic-enabled puck that plugs into any speaker in your home and adds voice control to them, too. It’ll cost just £34.99.

More Alexa functions around your home

Amazon’s also looking to bring Alexa to some surprising new areas of your home, too.

In the US, it’ll be launching the Amazon Basics Alexa-enabled Microwave, that’ll use the smart assistant to simplify programming your microwave for meals… if that’s ever been a problem you’ve had. For instance, you can tell Alexa that there’s 'one potato' in your microwave, and it’ll set the temperature and timer accordingly on your behalf. It’ll retail at $59.99.

Those on the other side of the Atlantic will also be able to talk to a new Echo Wall Clock. With a white frame and subtle numbered face, it can be used to add visual feedback to your Alexa timers, thanks to a ring of LEDs dotted around its circumference. You’ll be able to see them ticking down in real time, with the battery-powered clock costing just $29.99.

There will also be a new Amazon Smart Plug launching in the UK and US – plug any device into it, and it’ll give it connected smarts, letting you talk to your Amazon Echo to switch on or off lamps, TVs or anything else that goes into a wall socket.

It’s an overwhelming array of products then, and that’s before you consider new Alexa features that will enhance all the new products, as well as any existing Echo devices you have in your home. Alexa Guard mode will let your Echo act as an audio-powered security system for your home, notifying you of the sound of breaking glass or fire alarms. Follow Up mode will let you have a conversational chat with Alexa, with the voice assistant contextually remembering previous topics so you don't have to robotically spell out precisely what you need every time you interact with the helper, and Alexa Hunches will intelligently remind you of details relating to your smart home gear, such as any smart bulbs around the home that need switching off as bedtime approaches.

Alexa – in your car

Finally, the Amazon Echo Auto will bring Alexa voice control to your car. Sitting on your dash, it has advanced microphones that can distinguish between your voice, backseat chatter, your in-car radio and external road sounds to deliver the responses you need from the voice assistant. It’s going to launch initially in the US (by invitation only), before rolling out more widely across the globe, with location awareness and mapping provided by you phones’ screen, giving you directions, traffic information and more.

Amazon wants Alexa in every corner of your house, and with new devices and improvements like those it showed off today, it’s getting increasingly difficult to argue against opening the door to its AI helper.