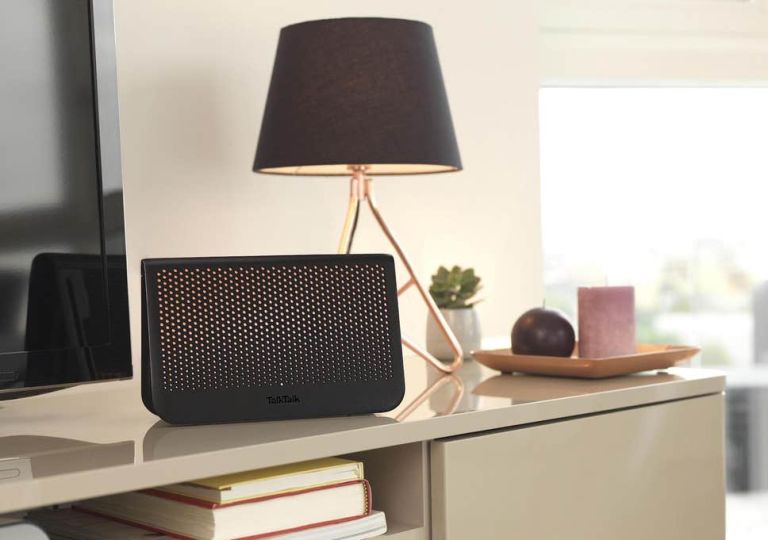 Looking for a selection of Talk Talk broadband deals to choose from? We're here to make your life easier in 2020, so let's kick things off with this incredible broadband deal.

Talk Talk's Faster Fibre broadband is now under £22 per month. Included in this price is 38Mb broadband, line rental AND a £40 gift card to spend at Amazon, Argos or Tesco. That's a little present from you to you for *almost* making it through January, or a helping hand with your next food shop. We did tell you this is one of the best broadband deals around at the moment.

Not sure if this TalkTalk broadband deal is for you? Perhaps Wi-Fi speeds aren't fast enough to fuel your teenager's social media habits? Or you're after a TV and broadband deal? Talk Talk offer a range of packages on site with prices starting from as low as £17.95 per month.

These broadband deals are FREE upfront. They also come with a fixed price broadband guarantee for 18 months and include totally unlimited data usage.

Talk Talk Fast broadband | 12 months | 11Mbps | £17.95 per month
This Talk Talk offer is ideal for households that have only a few devices connected to the WiFi at one time and aren't hugely reliant on them. Its contract is also six months shorter than the one below.  Total price for 18 months: £323.10.View Deal

Talk Talk Fast Broadband + Entertainment + TalkTalk TV | 12 months | 11Mb | £27.95 per month
This is Talk Talk's most affordable broadband at just £27.95 per month. Included is broadband at an average speed of 11 megabits per second as well as line rental and a range of 77 channels to watch. Total price for 18 months: £335.40.View Deal

Need a new TV with your Talk Talk broadband deal?