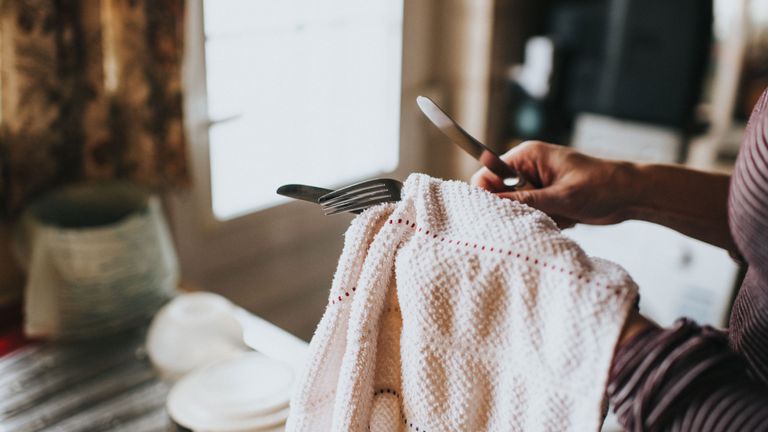 We’re not sure about you, but we’ve really embraced our inner Mrs Hinch over recent months – likely because there’s not been much else to do – and that's meant investing in a few of her cleaning staples, including the legendary Minky.

If you’re new to the world of Mrs Hinch, you'll likely have no idea what we're talking about. So, for the uninitiated, we’ll clarify that Minky is a double-sided antibacterial cleaning cloth that Instagram's queen of clean, Mrs Hinch, swears by for tackling household chores. But, that could all be about to change, as Primark have launched their own take on the cleaning staple, which fans are calling ‘Priminky.’

Not only does Priminky look just like the original version, but it’s also retailing for a fraction of the price. Seriously, you can get your hands on two cloths for £2 – that works out as £1 each – compared with the original which costs an average of £2.50 for just one cloth.

And while we haven’t had a chance to try this new take on the original Minky just yet, those who have been raving about the fact that it’s just as good. In fact, it’s been one of the best-sellers since Primark stores reopened over recent weeks.

As well as releasing their own take on Minky, Primark has also launched a range of colour-coded cloths for different surfaces and purposes in the house including glass, floor and polish, as well as a multi-pack of coloured sponges ideal for other household tasks.