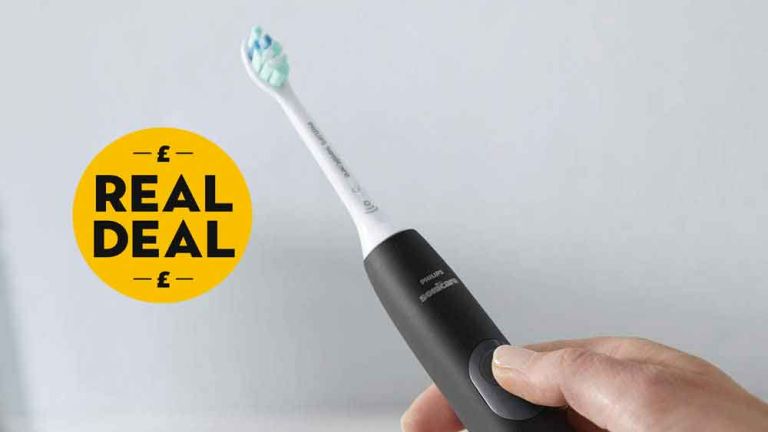 Waiting for Amazon Prime Day 2020 to bag a bargain? Since we're yet to hear of a new date (FYI: it has been postponed), we suggest bagging a deal now, especially if what you're after is on sale already. If you're smart and use a sale to stock up on things you don't like to spend proper money on – such as the best electric toothbrush, for example – then look no further than Amazon. Right now, they have several great deals on a range of electric toothbrushes from Oral B to Philips. What're we eyeing up? The Philips Sonicare ProtectiveClean. Was £139.99, now ££49.99. Total bargain and it can be delivered tomorrow.

The Philips Sonicare ProtectiveClean claims to remove up to seven (!!!) times more plaque than a manual brush. It has sensor to alert you if you're brushing too hard to protect those gums, while it moves at 62,000 brush movements per minute. It also has two speed settings to choose from and a two-minute timer. Right now, there's a huge £90 off this electric toothbrush. See this deal below – you know what to do.

Philips Sonicare ProtectiveClean | Was £139.99, now £49.99 at Amazon
Not only is this electric toothbrush a bargain, but it's feature-packed and it has a two-week battery life. It also comes with a travel case so that you can take it on holiday, and it benefits from a smart brush head replacement reminder which tells you when to change heads. It comes in black, pink and light blue, too. Buy to suit your bathroom decor.View Deal

Head to our dedicated health and beauty section for more product recommendations and reviews.