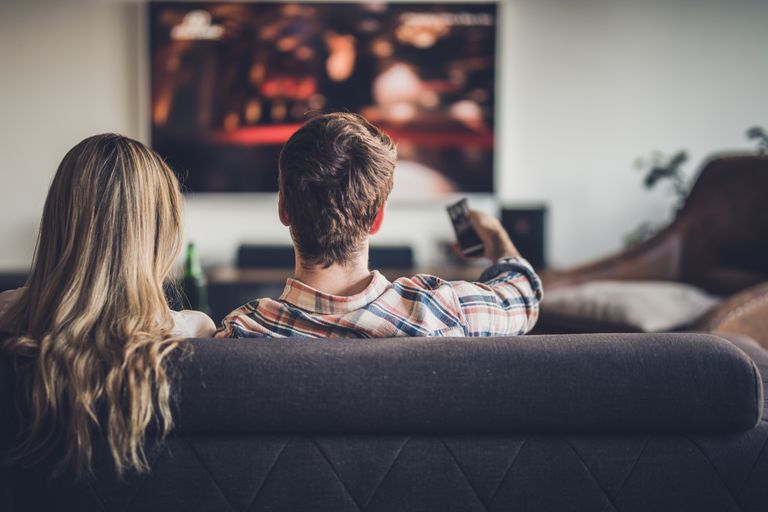 Looking for the best Amazon Prime series to watch? This great streaming service comes with heaps of benefits. The best one being a HUGE range of TV series to watch! Perfect while we're all in lockdown.

Amazon Prime has a large content range of both free and paid for movies and TV shows. Sometimes this can be annoying and at other times a godsend. We've been tasked with the incredibly hard job of finding the top five Amazon prime series, all of which are free so that you can spend this week catching up on some great TV. And we're quite confident in our choices.

Not (yet) an Amazon Prime member? You're missing out! They're currently offering a free, 30-day trial so that you can try before you buy. If you're not keen (we're sure you will be) simply just cancel before the 30 days are up and you'll pay nothing!

Head over to our streaming page for more recommendations on what to watch on Netflix, Disney+ and more.

Prime Video | Free 30-day trial
Yes, you read that right: Amazon offers a free 30-day trial for Prime Video. This means you can use this service for free, for an entire month, paying nothing. After, you'll be charged just £7.99 per month to watch. Not a bad price!View Deal

Our favourite TV family have returned for their 11th and final season this year. From now until then, we suggest binging this series to catch up. It's one of those programmes you can have on in the background and pretty much watch any episode of any season and know what's going on. It follows one big family with Dad/Grandad Jay and his two children from a previous marriage, Claire and Mitchell, at the heart of the bunch. Jay, his wife Gloria and son(s) are one small family, Claire and her husband Phil along with their three children are another and Mitchell, his husband Cameron and their daughter Lily are the last. Together they all make one big Modern Family. It'll have you laughing, crying and everything else in between. You'll be obsessed before you know it.

Watch series one to seven now for free on Amazon Prime. Eight to 10 will need to be paid for and 11 is coming to the UK soon.

This funny political sitcom stars Amy Poehler, Aziz Ansari, Aubrey Plaza, Chris Pratt, Adam Scott and Rob Lowe among many other famous faces. This series follows Leslie Knope (Amy Poehler) who is the deputy director of the Parks and Recreation Department in Pawnee, a fictional town in Indiana. Leslie wants nothing more than to make her town better and boost the community spirit. However, others aren't so keen on that idea. 14 Primetime Emmy Award nominations and a Golden Globe Award win, this series is more than worth a watch.

Watch series one to seven on Amazon Prime for free now.

The Outsider is a new mini-series based on Stephen King's brilliant and best-selling novel. Set in Georgia, this series follows the gruesome murder of a young boy as the cops try to find out who is responsible. Several eyewitnesses help them find their guy. The only problem? He has a completely solid alibi. Jason Bateman directs and stars giving an utterly gripping performance. You'll be hooked from the first episode.

Watch season 1 of The Outside on Amazon Prime for free today.

A mockumentary sitcom that follows the lives of – you guessed it – office workers, the US version of this popular series calls the Dunder Mifflin Paper Company in Pennsylvania, home. While we're well aware that there's a UK version, the US version – right now – is the only one on Amazon Prime. Created by Greg Daniels, Ricky Gervais and Stephen Merchant, famous faces in the series include Steve Carell, Jenna Fischer, John Krasinski and more.

Watch all nine seasons of The Office US on Amazon Prime now, for free.

This medical drama series has just returned to our screens for its 15th (!!!) season. It's binge-worthy and 100 per cent worth your time. This TV series follows surgical medical interns in their day to day activities of changing and saving lives. It stars Ellen Pompeo at its heart as well as Justin Chambers, Chandra Wilson, James Pickens Jr and Patrick Dempsey. Not only has it won a Golden Globe for best TV series but it has been nominated for 38 Primetime Emmy Awards. It's currently the longest-running American primetime medical drama series for good reason.

Watch series one to 14 on Amazon Prime for free now. Series 15 is available to watch for a fee.

How to watch Amazon Prime?

Prime Video | Free 30-day trial
Yes, you read that right: Amazon offers a free 30-day trial for Prime Video. This means you can use this service for free, for an entire month, paying nothing. After, you'll be charged just £7.99 per month to watch. Not a bad price!View Deal

Click the link above to start your free, 30-day trial with Amazon Prime. From here you can watch this streaming service on your smartphone, tablet or web browser. If you have a smart TV or console, you can stream it through there, too. Otherwise, you'll need to buy a streaming stick (see our best picks below) to stream Amazon Prime through your TV. They're only cheap and also work with Netflix, Disney+ and other streaming services, too.