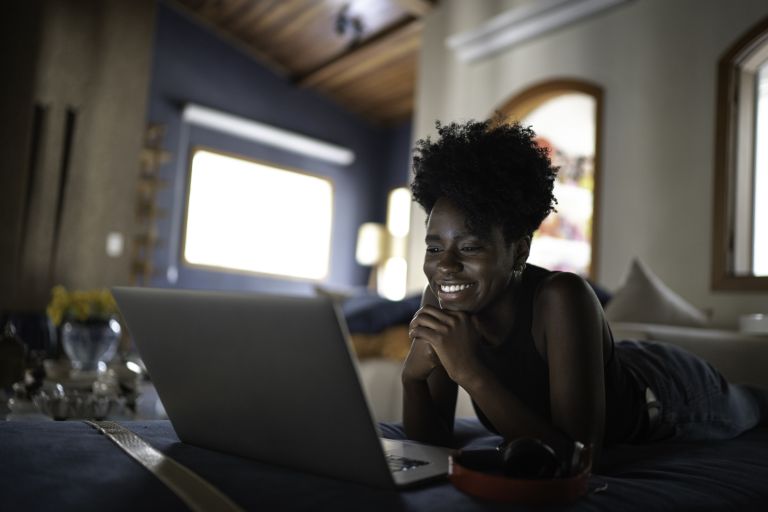 We've ranked six UK broadband providers below by price, speeds and customer service. Whilst also considering whether they offer TV services, how long their contracts span and if they have upfront fees or not. What's more? We've also popped each best broadband provider's top broadband package underneath, just to make things easier.

Head over to our broadband landing page for news, advice and more.

Who is the best broadband provider?

Across a number of factors, BT takes the number one position in our list of broadband suppliers. While it isn't as affordable as some other brands out there, it is the UK's most popular choice for a reason. It regularly exceeds its average speeds, it offers a host of add-ons including speed boosters and TV packages and gives you access to all of its Wi-Fi hotspots across the country. If you don't mind paying slightly more, BT will be the choice to pick.

The best broadband suppliers in the UK

The very best broadband provider in the UK

-More expensive than most
Views deals on BT

Features
BT has a few features going for it. All of its plans come with smart hubs, high-end security and strong customer service. BT, like a few of the plans below, offers both regular broadband deals and upgraded broadband and TV deals.

One of the factors that really help BT stand out is the frequency that it offers gifts. Almost every week it offers an add-on to its promotions including smart speakers, TV and Mastercards (Mastercards being the most popular of the added gifts).

Pricing
BT is by no means the cheapest provider out there. In fact, alongside the likes of Sky and Virgin, it is one of the pricier options available. But, that is mainly because it tends to have a lot on offer, with high-tech smart hubs, super fast speeds and other such features.

It is also frequently discounted through the Mastercards mentioned above, making the costs easier to digest. BT does, however, include set-up fees in its costs, a feature some other cheaper plans don't have.

BT also has some faster Ultrafast plans if you've got the budget to spend and is planning on introducing a Gigafast plan soon (1GB average speeds internet), making it one of the most diverse providers in terms of speeds.

The best broadband provider for speeds

-Can quickly get expensive
Views deals on Virgin

Bigger Bundle | 12 months | 109Mbs | £33 per month | £35 setup fee
108Mbps is definitely fast enough to fuel a family's internet usage, while the fact it comes with 220 channels is a huge bonus – this includes Sky News and BT Sport 1. Did we mention weekend calls are in this package, too? Total price for 12 months: £396.View Deal

Features
If you like to get as much into your package as possible, Virgin could be ideal. While you're able to just get internet alone, Virgin also offers a wide range of TV add-ons and even in some cases SIM-only deals.

Virgin frequently includes free gifts like consoles, cashback, smart speakers and even on the odd occasion, glasses of wine!

Pricing
While it is one of the better providers out there for speeds, features and additions available on its plans, Virgin does come out as one of the more expensive options on the market, matching the likes of BT and Sky.

The lowest prices available will still find you placed in the mid-£20 a month mark and if you really kit our your package, you could see it rise as high as £70/£80 a month, once TV, SIM plans and additional gifts have been added.

Speeds
This is where Virgin excels. It offers some of the fastest broadband speeds on the market, with options going well into the 400–500Mb mark. Even with its cheapest plans, you're still getting some faster fibre speeds, in the 60–70 and even 100Mb mark.

Head to the Virgin Media website to see deals and buy online.

The best broadband provider for affordability

Vodafone Superfast 2 | 24 months | 63Mb | £25 per month
Superfast 2 is on a 24-month contract so that you pay a cheaper price for longer. This broadband package works at an average speed of 63 megabits per second and benefits from unlimited downloads. Setup is free meaning there are no hidden costs and line rental is included, but it's pay as you go. Total price for 24 months: £600.View Deal

Features
Vodafone doesn't tend to offer any additional features with its plans. While you can pay an additional fee to include 4K Apple TV with your plan, Vodafone tends to keep all of its internet options limited to just speeds and the ability to make calls.

Pricing
Vodafone is frequently one of the cheapest options around when it comes to fibre internet. Its two cheapest plans can often come in below other popular cheap providers including Plusnet, Onestream and more.

If you happen to be an existing Vodafone customer, you can also cut your bills down by a further £2 a month, no matter which plan you choose.

Speeds
Vodafone only offers fibre plans, with two options especially standing out. These are Vodafone's 'Superfast Fibre 1' and 'Superfast Fibre 2' options. One fits in at the average 30–40Mb, the faster option lands in between 60–70Mb.

If you don't mind paying a bit more, Vodafone can offer plans that go all the way up to 900Mb average speeds.

Head to the Vodafone website now to find a great deal.

The best broadband provider for advanced TV and broadband

+Loads of available add-ons+Best for TV

Features
Sky is one of the most feature-packed internet service providers out there. Where its customisation is most prevalent is in its TV add-ons. HD channels, sports packages, movie bundles, options for kids - you can pick and mix exactly the kind of internet package you want. And, like most other providers out there, Sky offers both ADSL and fibre internet options allowing you to choose both the speeds and prices you're paying.

Pricing
With so many features on-board, it is no surprise that Sky can very quickly rack up the bills. If you fill a package right out, you can easily pass the £100 mark. However, if you're just interested in internet, it will fall in place somewhere in the middle, cheaper than BT and Virgin but more expensive than TalkTalk, Vodafone and other more affordable providers.

Speeds
Like a lot of other options out there, Sky offers both ADSL and fibre. depending on what exactly you want. However, unlike most other options, Sky only has one fibre package meaning you really only have two speed choices.

Head to Sky's website for info on broadband and TV deals.

The best broadband provider for affordable broadband and TV plans

+Very affordable+TV plans not too expensive

Features
TalkTalk isn't a very flashy internet provider, it offers ADSL and fibre plans and the ability to throw TV in there as well. Even with its most decked-out TV bundle, you won't be getting anywhere near what Sky or Virgin can get you.

However, it is also far cheaper than both of those options and unlike some other providers out there, TalkTalk promises no price rises during your contract.

Pricing
A lot like Vodafone, pricing is where TalkTalk shines the best. It often has some of the UK's cheapest prices across both its ADSL and fibre plans and often ends up discounting the costs.

Even when you start to include TV packages, call add-ons or speed boosts, TalkTalk is still one of the cheaper options out there, making it a great option for anyone needing broadband and TV deals on a budget.

Speeds
TalkTalk offers three seperate speed options - ADSL, Faster Fibre and Superfast Fibre. These work up in small speed jumps with the first being around 10-15Mb, the second around 30–40Mb and the final jumping up to around the 60–70Mb mark.

Call 0808 108 0354 to speak to someone at Talk Talk. Alternatively, visit the Talk Talk website for more info on broadband packages.

-No faster than 66Mb-Rarely have a sale on
Visit Site

John Lewis Unlimited Broadband & Evening and Weekend Calls | 12 months | 10Mb | £19 per month | FREE £40 e-gift card
This is the best broadband offering from John Lewis at just £19 per month including a free £40 e-gift card. This includes average Wi-Fi speeds of 10Mb (not the best, but enough for those who aren't super reliant on the web). And it also comes with weekend and evening line rental. Total price for 12 months: £228.

Features
John Lewis Broadband, although a lesser-known provider than others, offers great basic broadband options. They have three packages up for grabs, all of which come with evening & weekend calls – or the option to upgrade to anytime calls or international calls – as well as £0 setup fees. More often than not, John Lewis broadband also gives away free reward cards that can be spent in John Lewis or Waitrose, too.

Pricing
John Lewis' standard pricing starts from around £20 per month. You can pay more to upgrade your phone line. While these prices are cheap, it's worth noting that unlike other providers, John Lewis Broadband rarely have a sale on.

Speeds
There are three speed options on offer from John Lewis broadband. Unlimited broadband is 10Mb average, Fibre broadband is 36Mb average and Fibre Extra Broadband 66Mb. Unfortunately, John Lewis Broadband does not offer anything faster than this.

How to choose the best broadband provider?

TV available?
If you're after a broadband-only deal you can skip this part, but if not, it's useful to narrow down broadband suppliers based on whether they offer TV services, too. Some do not while others offer several different package options. Also, consider how many channels they can provide.

Contract lengths
If you're living in a short term rental, be sure to consider the contract length of your new broadband deal. You don't want to end up paying for broadband you're not using. On the flip side, if you've managed to bag a cheap deal, try and get it on a very long contract – 24 months maybe – so that you pay a cheaper price for longer. Some broadband providers even offer a contract-free monthly rolling option.

Highest speed available
Depending on how many people and devices are in your household as well as how reliant on the internet you are, it's useful to know which providers offer the highest speeds. Vodafone offer a whopping 900Mb through one of their packages, while several other providers only offer up to around 60 megabits per second.

Which broadband providers are available in your area?

Type in your postcode below to see which broadband providers are currently serving your area.

What broadband speed do I need?