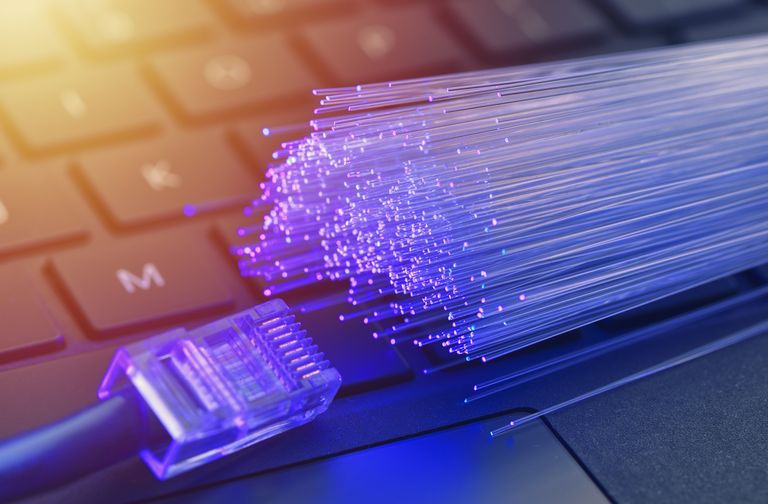 With everyone working at home at the moment, you might need a broadband speed test to see if you're getting the service you're paying for.

Broadband providers will tell you that broadband speed varies depending on the time of day, how many people are using the internet in your area, and so on. But for some of us, our broadband speed can become a source of frustration, despite expensive contracts at promises of 'super fast broadband'. Not sure what broadband speed you need? Check our guide.

Find the best broadband deals in our dedicated feature.

How to test your broadband speed

So, what do you need to do to test your broadband? It's super easy, with several websites offering a quick test for free – including Realhomes.com.

Most others will ask you to do nothing more than click a button – such as the very simple test at Broadbandspeedchecker. Or you can use Broadbandperformance.

Which? are offering a service that's accurate, with the option to do the test with the ethernet cable plugged into your router and laptop/computer. The number you'll see after the test is basically the speed at which your broadband is downloading information, in megabytes per second (Mb/s).

What broadband speed is too slow?

What to look out for? If you're paying for 'superfast' broadband, anything under 30 Mb/s is way too slow, with typical speeds for fast broadband ranging between 50 and 70 Mb/s. If your broadband speed is below 10 Mb/s – which, shockingly, is the case for over a quarter of broadband users in the UK – you need to contact your provider straight away, as this kind of speed is too slow even for regular broadband.

If you're not getting the speed you're paying for, you'll need to get in touch with your provider to investigate. If you decide to switch providers, read our guide to comparing broadband deals for help.

Do bear in mind that when you perform a broadband speed test, your IP address is stored with the website that performed the test. Not to worry, though: they won't share it with anyone (but always read the small print first).

Why is my broadband so slow?

Having said all of this, do make sure that your broadband speed isn't being slowed down by something you might be doing before contacting your provider. One of the most common reasons for slow broadband speed is the incorrect positioning of the router – that is, next to a window or a front door. Placing your router next to a window or exit means that your signal may well be pointing outside rather than inside, resulting in slower Internet at home. Try to always put your router as close to the middle of the room as you can, away from windows and doors.

Another common habit that can significantly slow down your broadband speed is switching off the router when you're going out for the day. You may think you're saving on energy costs by doing this, but actually, the constant switching off and on of the router can 'confuse' your network and cause it to slow down your broadband speed in response to what it thinks is a disruption to the service. So, leave your router on all the time, unless you're going away for a long time.