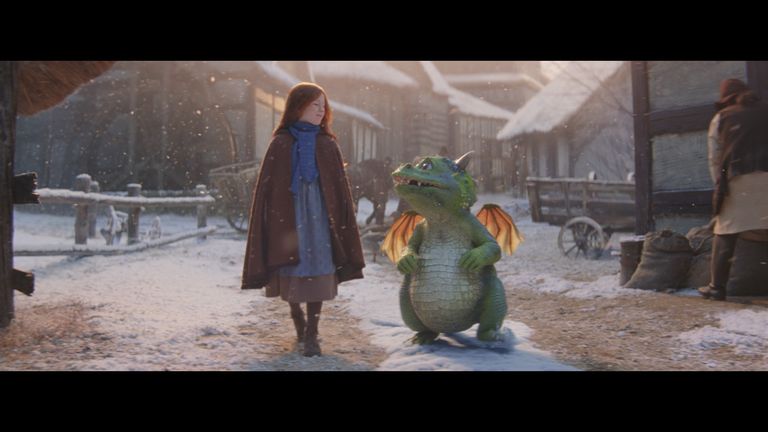 It's officially Christmas guys, because this morning the John Lewis Christmas advert came out! And of course the second everyone was in the office we gathered round for a viewing. Keep scrolling to watch the advert (again) and to hear our thoughts...

The advert, which is the first joint Christmas collaboration between John Lewis and Waitrose, features the heartwarming story of the super cute Excitable Edgar, a dragon who can't control his fiery breath so constantly wreaks havoc over all the festive preparations. We won't give away any spoilers here but, of course, all ends well – and we are left feeling all fuzzy inside. (Unless you are our Associate Editor, who scathingly pointed out that yer, that's all well and good, but the problem isn't really sorted is it? Shhhhh.)

Martin George, Partner and Customer Director, Waitrose & Partners, comments, 'The magic of friendship and making our loved ones feel special, are some of the most wonderful things about this time of year. The Christmas pudding in the final scene is not just the showpiece of a spectacular feast which brings all the villagers together. It’s a reminder that a thoughtful gesture – whether that’s a delicious meal or a special gift – can mean so much.' Nawwwwwww.

Let's talk about the song. It's a cover of the Iconic ‘Can’t fight this feeling’ by REO Speedwagon, by Dan Smith, lead singer of the band Bastille. We think it's fab. We all took a guess at who would be singing in this year's John Lewis Christmas advert and actually no one guessed right, but Dan's distinct voice is going to be in our ears for the foreseeable.

Question is, is it a tear-jerker? Well, there were mostly dry eyes at our end, but after a few mulled wines you'd definitely be seeing some tears...