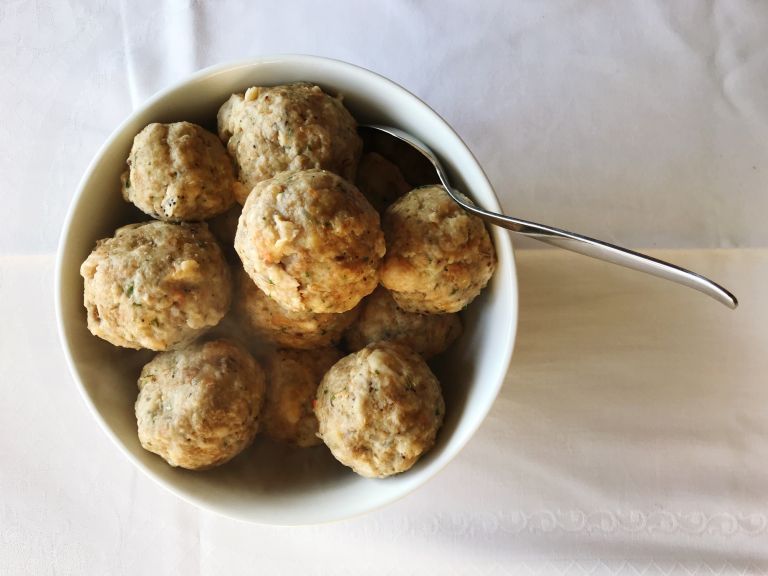 If you want to learn how to make dumplings, you've come to the right place. When we say 'dumplings', we mean the traditional flour and butter balls used in northern European and English cooking to top off stews and soups, not the dim sum dumplings you get in bamboo baskets in Asian restaurants.

How to make dumplings

To make enough dumplings to top off a large stew, you will need:

1. Put the flour and salt into a mixing bowl and grate the butter into it. The butter shouldn't be left out beforehand or it'll be too soft.

2. Work the butter quickly into the flour, then add half a glass of very cold water to the mixture and work into a dough. Don't overdo it: stop kneading as soon as the mixture is uniform.

3. Separate the dough into equally sized chunks and work them into balls. Again, a light touch is better here: don't work them into your hands for ages. As soon as you've formed a sphere, set it aside.

4. Place the raw dumplings on top of your stew in the last 20 minutes of cooking and cover with a lid. Reduce the heat to a gentle simmer, so that the dumplings steam cook rather than boil.