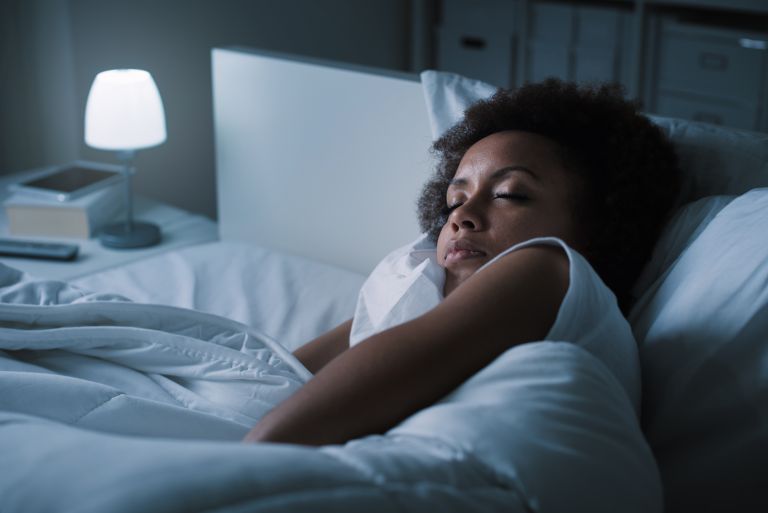 The question 'How much sleep do I need?' is a popular one now that the importance of sleep has entered mainstream discussions about health. As we've previously reported, not sleeping enough has been linked to weight gain and is as bad for you as being drunk. And that's just short-term sleep deprivation. If you are constantly getting too little sleep, the effects on your health can be very serious indeed, ranging from heart disease to diabetes and mental health problems.

So, how much sleep do we need per night? According to the Help Guide – a mental health resource of over 20 years' standing – all adults need between seven and nine hours of sleep per night. This includes young adults and older people: while most of can 'get by' on less than seven hours' sleep, most of us won't be able to function well, and become more prone to illnesses and bad moods even after a single night of not enough sleep.

This contradicts the common myth that adults don't need as much sleep as children and teenagers. Although each individual will differ by an hour or so either side, children need anything from 14 to 17 hours a day (newborns); 12 to 15 hours (up to a year old); 11 to 14 hours (toddlers); 10 to 13 hours (age three to five); nine to 11 hours (up to 13); and seven to 12 hours (up to 17 years old). For most adults, the optimum number of hours of sleep is eight, or even nine hours.

There is a gene that allows some people to function well on six hours' sleep a night, but it's extremely rare, occurring in just three per cent of the world's population. So, if you think you are one of those people who are absolutely fine on six hours' sleep or less, the truth is you probably aren't.

It's not just about the hours you sleep, though. You may well be getting those eight hours of sleep but still be waking up feeling tired. Assuming there are no underlying health issues causing this symptom, it might be that the quality of the sleep you're getting isn't matching up to the quantity.

So, what's the secret to getting the coveted eight hours' quality sleep? The answer is very simple: routine. Try to go to bed at the same time every night. If you know it takes you a good while to unwind before falling a sleep, try getting into bed at least half an hour before you'd like to be asleep.

Longer lie ins at the weekend can be wonderful and can, marginally, help you catch up on lost sleep. But, if you find sleeping tricky, they can also disrupt your sleep routine, meaning it's harder still to get up on a Monday morning.

To make you night's sleep even better, read our guides to choosing a mattress and choosing a pillow.