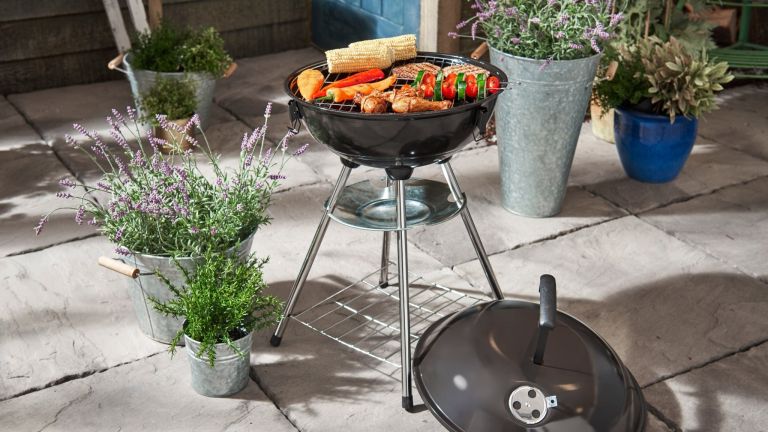 Looking for the best cheap BBQ deal? We don't blame you. Why spend a fortune on an expensive BBQ right now when we're about to suffer potentially the coldest Bank Holiday weekend on record, according to BBC weather forecaster Simon King?

Last year, the temperatures reached 29ºC during the Bank Holiday. This year, we're looking at top temperatures of nearly a third of that figure. So while we'd usually use this first May Bank Holiday to sort out the garden for summer and buy the best barbecue our budgets allow, bagging a bargain cheap barbecue, if only as a stop gap, seems like a wise move.

So, we took to the shops (not literally, we did our usual forensic research online) to find this year's best cheap barbecue. At present, Wilko look to be stealing the show in the outdoor cooking department with a decent quality, super cheap BBQ that costs just £30. So popular has the new kettle grill been, in fact, that sales of it have risen by 623 per cent in the last month. So, if you want one, you might need to be quick because it looks like it's going to be a sell out product.

Other BBQs that are looking to be hot this summer are compact models with portable BBQs,  barrel BBQs and  tabletop BBQs making it into Amazon's Best Sellers this week. There's even a BBQ grill that you can dismantle and stick in a bag. Clearly this summer we are less into those cumbersome BBQs that are bigger than most ovens and would rather buy a cheap BBQ that we can actually fit on our garden or patio...