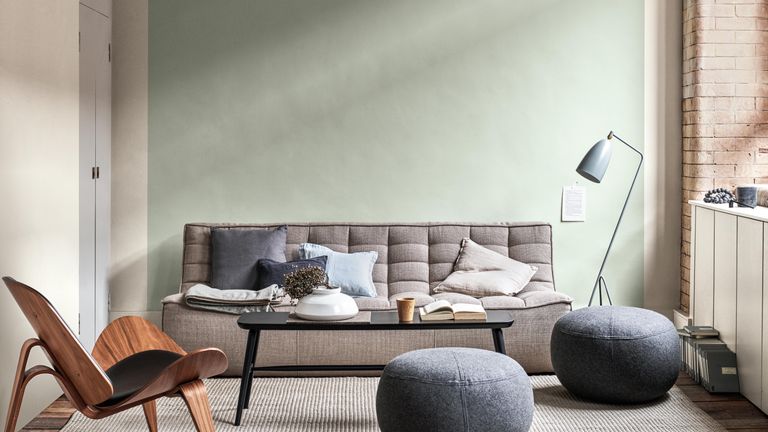 The reveal of Dulux Colour of the Year 2020 is to the interior world what a new Apple product getting announced is to the tech world (ish). Basically it's a big deal. And this year was a bit of a surprise. For the last two years Dulux has stuck with those warm, cosy, quite neutral colours we all love at this time of year. We saw it with Heartwood and then again with Spiced Honey, but for 2020 they have shifted to a shade that's much brighter and fresher.

Okay, enough of the introduction, we know you are on the edge of seats to know what the chosen paint colour is called... so, with out further ado, here is... Tranquil Dawn.

It's green! Well, it's as soft and neutral as green can get, but still, we like! The story behind the colour is all about 'the nation’s mood on the approach of a new decade' and how we feel about living in a world so technologically advanced we are starting to feel disconnected from one another. Creative Director of Dulux UK, Marianne Shillingford probably explains it a bit better than us:

'A new decade heralds a new dawn and the hazy pale green tones of Tranquil Dawn are calming and comforting just when we need it most in our lives. When paired with neutral pastels and rich jewels it becomes incredibly powerful at creating spaces that encourage making better human connections.'

So, there's a focus on human touch, and the theme of reconnecting with one another in our lives and in our homes. And these overarching ideas were also what influenced the Dulux Colour of the Year 2020 palettes. Every year, four palettes are also created, to correspond with the key paint shade. This year they are called, Meaning, Creativity, Care and Play, all with Tranquil Dawn at the heart but all with very different vibes.

Marianne explains, 'The colours within all palettes including Tranquil Dawn have been inspired by the changing sunrises that paint the sky in different seasons and have been designed to make decoration with Colour of the Year simple. Meaning, Creativity, Care and Play capture our growing desire to experience "The Human Touch" at a time when we are questioning what being human is all about.'