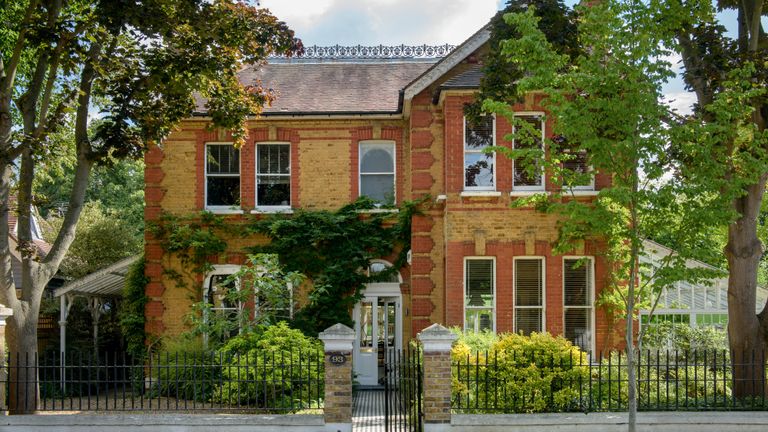 If you are lucky enough to own a Victorian house, then you are the guardian of a piece of design history. These properties are cherished, hugely diverse, beautiful and familiar in our everyday lives, forming an important part of our nation's towns and cities.

In the Victorian era, Britain experienced a period of great growth and building, as people flocked to industrial centres in search of work. Suburban developments were widespread with the 'villa' now becoming a term for ever smaller homes.

It is the plethora of Victorian properties from which the bulk of our built heritage now descends, and while many today appreciate the intricacies and enchantments of Victorian architecture this was not always so – with widespread destruction of properties under post-war reconstruction. Despite this, just under a third of all listed buildings date from the 19th century.

So, if you are renovating a Victorian house, read on to find out everything you need to know for a sympathetic restoration.

Understanding the design of Victorian houses

The sheer quantity of Victorian houses can make understanding their architecture and design overwhelming, as both new and old styles, with new techniques, were appearing simultaneously.

This was a period of factionalism in British architectural circles. Followers of the Italianate style looked back at Renaissance palazzi or Tuscan farmhouses for inspiration, the romantic Gothic-inspired architects developed Tudor-Gothic through to castle styles, with others advancing Elizabethan, Jacobean, and Queen Anne styles, with almost everything in between.

By the middle of the 19th century the Gothic styles were holding sway. This became a style seen in small terraced homes, through to the grandest of country houses, with the added consideration of castle styles, and from this grew Elizabethan and Jacobean revival.

While the first architects in a modern sense were from earlier periods, it was the Victorians that truly created the architectural profession, cemented with the formation of the Royal Institute of British Architects (RIBA) in 1834. From this, household names like Charles Barry, Descimus Burton, Alfred Waterhouse, Norman Shaw, and Augustus Welby Pugin arose.

Dspite the eclecticism of Victorian architecture it is very easy to spot and read the details with a little guidance.

For some the idea of Victorian housing brings to mind long, somewhat plain terraces, but even the simplest of homes that remain today have an abundance of characterful details – from terracotta detailing on façades and rooftops, to encaustic tiles in hallways, and small colourful leaded lights in doorways.

Improvements in production and manufacturing brought otherwise previously expensive details and finishes to the masses. The standardisation of materials and improved transport networks led to more unified approaches to design, less limited by local vernacular.

All the developments of the Victorian era resulted in greater housing for the majority, and by the end of the period the lower classes expect to be in homes of several rooms, instead of the singular rooms endured by their ancestors.

The large terrace systems seen in Georgian homes changed very little in form. The main change to occur was to discard the basement level in simpler homes, with middling or larger homes reducing these to half-basements.

The tendency of Victorian builders was to use asymmetrical arrangements, rather than the rigid order and balance seen as a prerequisite of building in earlier periods. This is especially seen in country houses, as they lessened their desire to impose themselves upon the landscape.

By the end of the 19th century brick manufacturing techniques led to fine-quality machine-made bricks. They were still expensive so were usually reserved for façades, with the cheaper common bricks used on the sides.

A range of bonds were used in the period, from Rat Trap to the revival of English bond, with its alternate courses of headers and stretchers. Bands of decorative brickwork were also widespread, bringing life to the frontages of Victorian homes.

Terracotta was also hugely popular, with plaques and tiles incorporated into façades or used as finials and ridge tiles.

Few parts of the country were left untouched by Victorian industrial innovations, with ironwork becoming a key element of the built environment – from railings to porches, bridges and railroads. Improvements in casting meant even the simplest of homes would now have decorative railings or gates.

Cast-iron railings and gates often form an integral part of a Victorian street and should be treated with the same care and consideration as the main home, with regular checks and maintenance to avoid issues like corrosion. You can learn how to maintain iron railings in our guide.

While black is the prevalent colour today for ironwork, the Victorians originally used bolder colouring, like red oxides, greys, bronze greens, blues, or even polychromatic – black schemes only occurred in the 20th century.

From the middle of the 19th century, geometric and encaustic tiled floors started to appear in municipal buildings, churches and villas. But as the fashion rose and mass production improved by the 1890s, they had become an essential feature even in the most ordinary of Victorian terraced houses.

The hall was one of the most important areas, as this was the first way (after the façade) of impressing visitors – so tiled hallway floors were extremely common in a range of styles. Sometimes you’ll spot them outside on pathways leading to the front door.

Most tiled floors were laid with such precision that many think the tiles are just butted together, but were typically laid with a fine grout.

The most common issues are loose, cracked, or broken tiles due to typical wear and tear. While it is easy to carry out some minor repairs to tiled floors yourself, where larger areas have issues you should contact a specialist.

Windows and doors in Victorian houses

In the terraces of the early Victorian period, doors continued to be placed on the same side of each house, but this had changed by the late Victorian period, where front doors were typically paired in deep recesses.

The Victorians also favoured four-panelled doors with plain over-lights rather than the highly decorative lead fanlights of the Georgians – this is not to say fanlights were not still used.

Windows of the period tended to complement the style of the house, from Italianate to Gothic styling, or decorative upper panes in Queen Anne revival homes. The bay window became an icon of the period.

Technological advances saw changes in the construction of sash windows, with moves away from numerous panes to the ever more common two-paned sash. The finest of houses went one step further to demonstrate their wealth by further reducing these to just one large pane.

To accommodate this, structural innovations were needed, as without the glazing bars the frame was too weak. Short protrusions (known as horns) were introduced to make the joints stronger and can be a tell-tale sign of a Victorian sash.

If you spot horns on a Georgian-style sash it’s an unfortunate later replacement where the joiner probably didn’t understand the reason for the protrusion on later sashes. Some Georgian windows were adapted to meet the 19th-century trends of few panes by removing the glazing bars – evidence can still remain where they merely cut out the glazing bars.

Original windows are all too often replaced with supposedly better modern systems. Do not be fooled, however – a well-maintained timber period window can outlive many a modern casement. If you need to replace your windows, or you wish to reinstate more appropriate windows where the original has already been removed, ensure you match the original designs to maintain the delightful aesthetics intended. Look around the area and you may spot originals that you can copy.

Victorian interiors were generally cluttered, bold and colourful in comparison to the homes of previous periods. In the middle of the era, parlours would be host to busy patterns, scattered furnishings, and ornaments aplenty.

As with other features of the period, mass production in the first half of the century allowed the middle classes to decorate their homes with wallpaper in a vast range of styles, morphing from busy patterns at first, through to simple designs in the middle period, and later lighter wallpapers with highlight floral decoration.

Beyond the advances that lead to few paned windows, the improvements in glass and iron production meant even middling homes could now afford small glasshouses or conservatories, typically accessed off a principal living space.

But the best examples were found in the parks and gardens widely introduced in the era – the most famous being the Crystal Palace, which sadly burnt down in the 1930s, leaving the Temperate House in Kew gardens as the largest Victorian glasshouse in the world, a behemoth of Victorian industrial ingenuity.

Where to see Victorian design