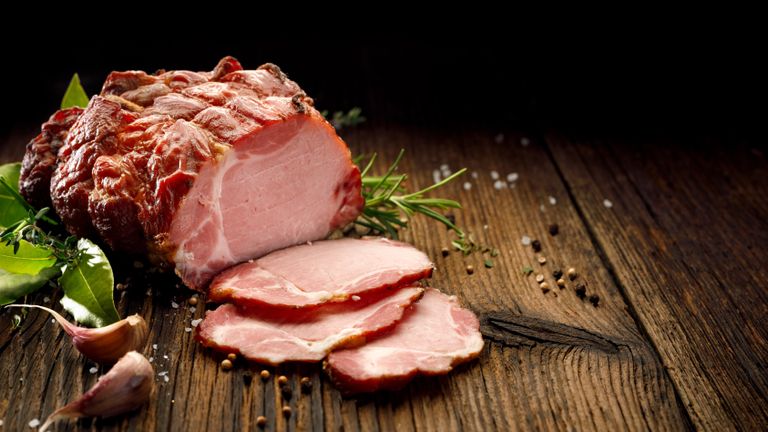 These slow cooker gammon recipes will change your ham game forever. Home-cooked ham is many people's favourite guilty pleasure, and there's nothing quite as disappointing as tucking into a slice of cooked gammon that has turned out a little dry. With these slow cooker recipe variations, there'll be nothing but juiciness and heaps of flavour.

Whichever alternative you choose, it takes just five minutes to prepare, so you can pop the ingredients in the slow cooker and relax until it's time to make the sides.

Make sure you use a large-sized slow cooker for these recipes, as you'll be using a big cut of meat that needs room. Need a new slow cooker? The best deals today are below. For more recipes, go to our food hub page.

To make sure your ham doesn't turn out dry, you'll need to cook your gammon in something quite acidic, though not too vinegary. We recommend apple cider, ale, or apple juice, about 750ml. You'll also need:

1. Rub the gammon with the salt, mustard, and honey.

2. Put it in the slow cooker and pour in the cider/juice/ale to cover the meat.

3. Leave to cook on slow for six hours.

4. Your ham is ready to serve with apple chutney and chips/fresh bread.

Yes, it really is that easy! What to do with the leftover juice? We'd reduce it, skim off the fat and use in next week's gravy.

Fancy trying something different? Swap the apple juice/cider for a can of cola for a sweet and sticky take on the classic. Feeling really adventurous? Why not try a fruity cola such as Dr Pepper instead?