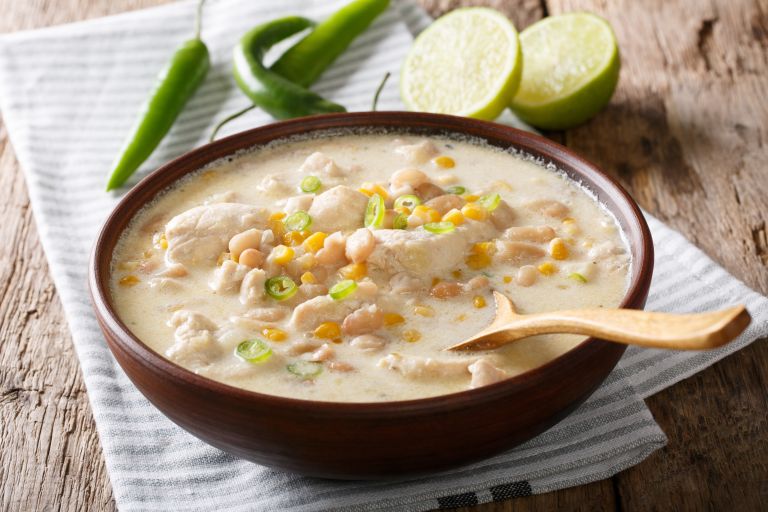 Slow cooking this chicken and sweetcorn soup will make the meat beautifully tender, while requiring minimal effort. Plus, the added chili and lime make it a little more zingy and flavourful than your average chicken broth.

If you want to turn it into more of a meal, reduce the sauce a little more and serve it accompanied with rice. Coriander makes a great alternative garnish if you don’t want the kick of extra chili. You can cook this recipe in a slow cooker or on the hob. We've given instructions for both methods.

1. Add the chicken to the slow cooker or a heavy based pan and stir in stock, cannellini beans, onion, garlic, chili, sweetcorn, cumin and oregano. Season with salt and pepper.

2. Cover and cook on low for seven to eight hours in the slow cooker; or for three hours on a hob.

3. Stir in lime juice and season to taste.

4. Garnish with slices of green chili.