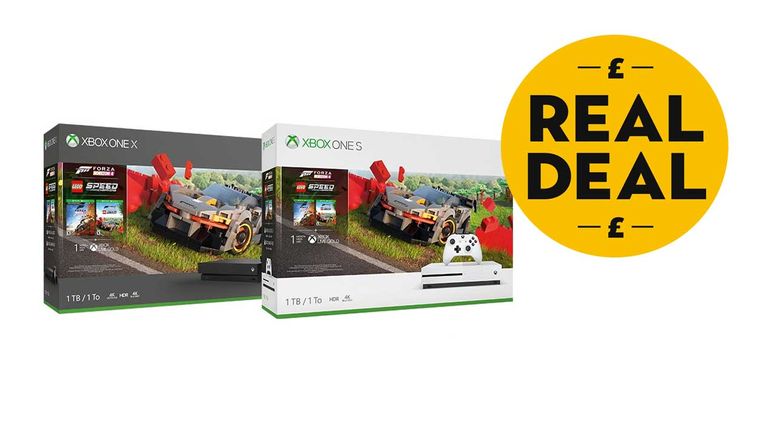 Opt into the best broadband deal around – aka Virgin Media's Ultimate Oomph bundle – and receive a free Xbox One S today only. That's right: this incredible Virgin Media package includes everything you could ever need and is now complete with a freebie. Be quick though – deals end tonight at midnight!

The Ultimate Oomph Bundle is Virgin's best TV and Broadband package on offer, and with it comes:

Oh, and of course, as we've mentioned an Xbox One S, of which comes with two games: Forza Horizon 4 and Lego Speed Champions.

So, whether you're upgrading your broadband + TV package for 2020 and fancy bagging a freebie to brighten your January, you're in a love/hate relationship with your current provider, or you're desperate to watch The Outsider on Sky Atlantic, we're sure you can muster up an excuse to opt into this incredible package. Even better, you could save the Xbox for a birthday gift for one of the kids. Saves you money!

Keep scrolling to see this incredible Virgin Media deal – if you're interested, hurry to opt-in as deals end soon!

Ultimate Oomph Bundle | 12 months| 516Mb | £89 per month
This Virgin Media deal is made for those who a) want it all and b) live in a verrrry large household. Fast Wi-Fi speeds, a huge range of channels, a great line rental offer and an unlimited SIM card come together in this incredible package. And, of course, you'll bag a free Xbox One S when you subscribe today. It should be noted that there's an upfront fee of £35. Total price for 12 months: £1,103.View Deal

What channels are included in the Ultimate Oomph package?

Virgin Media's Ultimate Oomph Bundle comes with a huge range of 263 channels included, with the best ones being:

Just want the Xbox One S without the broadband deal?

Don't want the Xbox one, but want the broadband deal?

If you don't think you'll use the Xbox One S on offer, don't sweat: instead of getting this freebie, Virgin Media will happily give you £150 bill credit. Brilliant.

Type in your postcode for more broadband deals...

Find the best broadband deals in your area

We will keep your postcode private, but it helps us find deals that are available to you