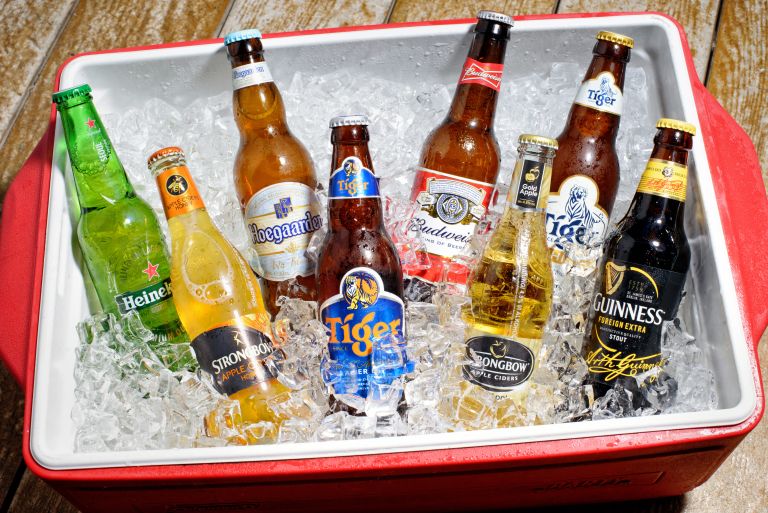 If you're anything like us, you'll be on the hunt for beer deals. And especially as the weather really starts to warm up. While we aren't encouraging copious amounts of drinking during lockdown, we do think it's nice to treat yourself to some of your fave beers since you aren't spending any money on going out to the pub. And if you plan on getting the barbecue out for plenty of 'pretend we are on holiday' al fresco dinners then the best brews on hand are a must.

So we have rounded up some top beer deals below, and there are some subscriptions offers in there too if monthly beer deliveries sounds like something you need in your life. For more info on alcohol delivery, including loads of lovely places you can order delicious tipples online, head to our feature.

Beer Hawk | Save £££'s on multipacks
If you are a fan of one kind of beer, or if you don't fancy signing up to a subscription, check out all the multi-packs Beer Hawk have! Buying a multipack is so much cheaper than it would be buying them from a supermarket, plus you don't have to haul them all to your boot.View Deal

Beer52 | FREE case of 8 beers if you sign up to Craft beer
discovery club
Confession time, the majority of the Real Homes signed up to this. It's true, you do get eight free beers delivered to your door! Technically you still pay £4.95 for delivery, but that's still such a fab bargain! If you want to cancel your subscription before you pay in full for your next box, you totally can, but another confession, none of the Real Homes team have...

P.S Beer52 are also holding a CyberFest on Friday 5th and Saturday 6th June which is basically an online beer festival that anyone can get involved with so make sure you check that out too. View Deal

Beer Hawk | 50% off your first box of beer from the Beer Bods club
So rather than being £36 your first box is just £18! For that you get 12 delicious beers and you can do a tasting a 9pm every week too if you are that keen (no judgment obviously). You can see info on the upcoming beers in your box too if you don't want it to be a surprise.View Deal

Beerwulf | Sale on beer taps
If you didn't know this was a thing, let us enlighten you. It's like a mini beer tap in your home, so you can pour the perfect beer just like you would be served it in your favourite pub (RIP pubs). Beerwulf sell the beer taps solo or you can buy them with the kegs as a starter pack.View Deal