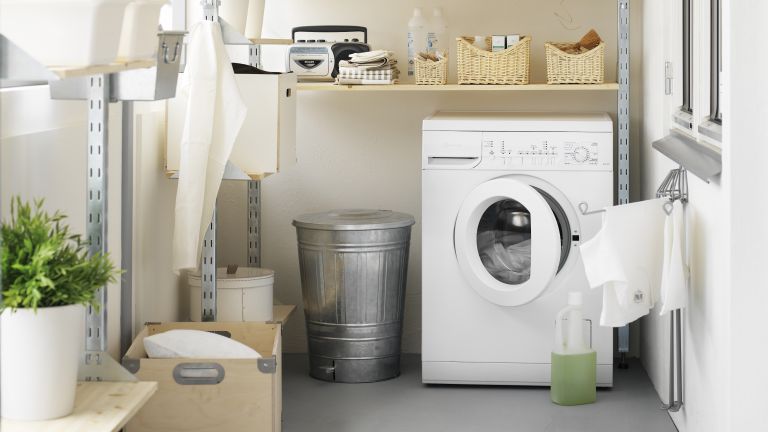 Have you been considering using Eco Eggs instead of your regular detergent in your washing machine?

These increasingly popular laundry eggs are said to be the last word in eco-friendly laundering.  They sound almost too good to be true – containing no harsh chemicals, they work, as the brand explains, by using two types of pellets, one made from tourmaline (which contains mild surfactants) and one mineral-based, which works by naturally 'ionizing the oxygen molecules in the water which then penetrate deep into the fabric lifting away the dirt and grime'.

Sounds convincing? It is, and there is no doubt that Eco Eggs are able to remove dirt from your clothes. What's less clear is how or whether they're able to prevent the dirt from sticking back to the clothes later.

A thorough test and investigation of this product by the Nappy Science Gang revealed that there was no science to back up the Eco Egg's ability to keep dirt and bacteria suspended in water until it's drained, in the way that conventional detergents do.

What's more, a strip washing test  showed that the Eco Egg came fifth out of seven on bacteria removal, including pathogenic, harmful bacteria. In fact, the Eco Egg did not perform very differently from cleaning with just water, which on its own does clean clothes somewhat. Not very encouraging.

Our verdict? If you like the Eco Eggs, use them occasionally for very lightly soiled washing loads. But you will still need to use detergent on heavier soiled loads – and by all means on nappies.

Luckily, this doesn't have to mean going back to irritating commercial detergents. There are lots of plant-based and organic detergents on the market that are effective, biodegradable, and safe for sensitive skin. Our favourite is the Ecos Magnolia and Lily Laundry Detergent – great for whites and colours, and smells amazing.