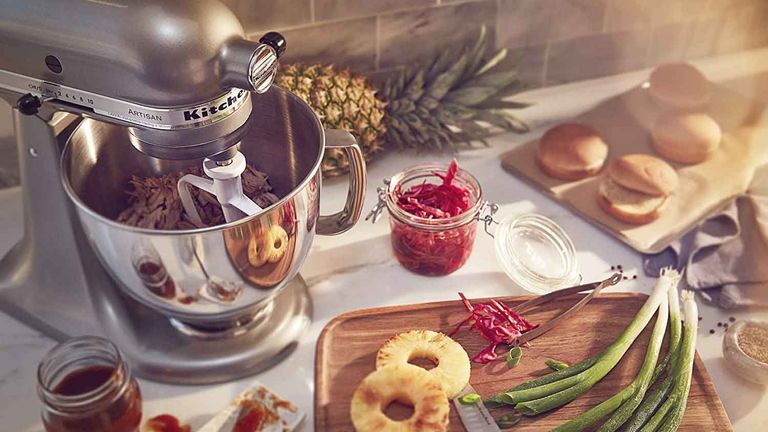 We LOVE our kitchen gadgets here at Real Homes so when we saw some recent stats about those which are unused (or only used once) we couldn't wait to delve a little deeper to share with you.

And sure. We could all probably say that at some point we have bought a gadget for a short-lived spell of enthusiasm, especially since lockdown began all those months ago, but we like to flex our culinary skills and try something new – right?!

To give you some real food for thought, kitchen specialists, Tap Warehouse, have uncovered the true cost of untouched kitchen gadgets in British kitchens – revealing which gadgets are the most unused, how much Brits spend on them, and what influences them to purchase these appliances.

Keep scrolling to see the top contenders and where you can get, perhaps, more suitable appliances for you needs, for the best prices.

Rather alarmingly, the average UK household owns £822 worth of unused kitchen gadgets – including a pestle and mortar, spiralizer and more. And, most shocking of all, this amounts to £22.8 billion worth of unused appliances across the UK although, you never know – that trend might come back round again so they're worth hanging on to or donating to someone who may actually find it useful.

The nation’s most unused kitchen gadget is a cafetière, with almost one in four (23%) owners admitting they’ve never used it. Not only is this ‘un-bean-liveable’ but it suggests that Brits love their coffee but perhaps can’t be bothered with the effort of using a cafetière to create a coffee-shop inspired beverage at home. Yet, during lockdown every one in five kitchen gadget purchase has been a coffee machine – highlighting that Brits have really missed their coffee shops during these testing times.

And there’s no denying that us Brits have gone bonkers for baking during the lockdown, although, this appears to be an on-going hobby, with one in five (21%) Brits plan on buying a bread maker in the future. In fact, it’s the number one kitchen gadget on the nation’s wishlist – we can thank our fave TV shows for this with one in seven (14%) of Brits admitting to purchasing kitchen gadgets recommended on their favourite cooking shows.

Interesting, eh? See below for our top appliance picks which are always useful to have around the home.