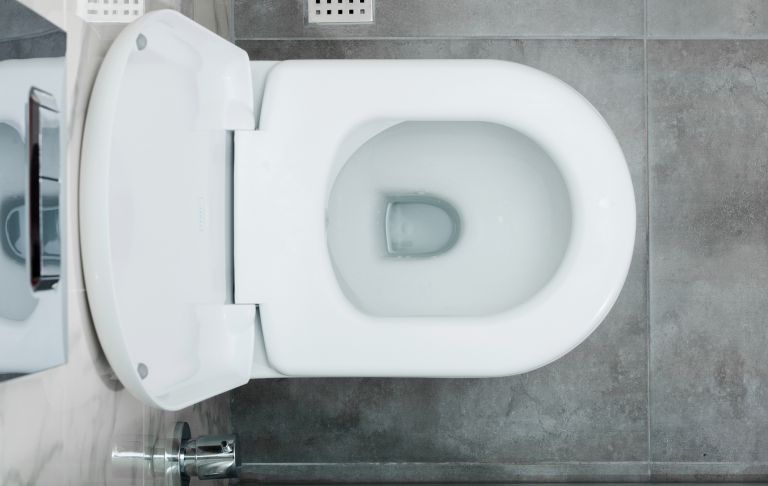 If you need to how to unblock a toilet ASAP, you are in the right place because we have plenty of tips to get the job done as quickly and as efficiently as possible. Ideally, you'll have a plunger or a plumber's rod to do the job, but there are ways to unclog a toilet without a plunger, too. And would you believe, you can use our trusty friends vinegar and baking soda?

Use this guide to find out how to unclog a toilet, then why not pop over to our beautiful bathroom ideas gallery to take your mind off things when you're done?

And for more tips on how to clean a bathroom, don't miss our guide.

1. How to unblock a toilet with hot water

To unblock a toilet using just hot water, boil the kettle, pour the hot water into the bowl and leave it to sit for three minutes. Then flush. This might be enough to soften and push through any blockage.

2. How to unclog a toilet without a plunger

If you've tried the hot water and flushed the toilet once and it's filled the bowl but the blockage has remained, your next option should be to don rubber gloves and see if you can deal with the blockage by hand. That might range from hooking out the toy your child has stuffed down there to lifting out excessive clumps of toilet paper they've used into a waiting plastic bag. We hate to say it, but it might also mean taking an old knife to a large (let's call it 'organic', sounds better) deposit and slicing it up a little. Try the flush again and keep fingers crossed.

3. How to unclog blocked toilet pipes

If you suspect the blockage is in the toilet pipes, just beyond where you can see, you can try to clear them with a plumber's rod or auger toilet unblocker (sold at DIY sheds or on Amazon). A wire clothes hanger might do the trick, too. Don't do this if you have a toilet with a macerator – it might be that the toilet's not blocked, just won't flush because there's something caught around the mechanism.

4. How to unblock a toilet with a wire hanger or rod

A wire coat hanger or long piece of stiff wire can be bent into a wide curved and pushed into the toilet to unblock it if you don't have a drainage rod. Move it about gently, ensuring it doesn't get lodged or scratch the ceramic. This might be enough to clear the blockage. Flush gently to check.

5. How to deal with blockages in a soil pipe

6. How to unclog a toilet with a plunger

First of all, the plunger you use should be a toilet plunger – in other words, big enough to cover the hole and create a vacuum. Plug the plunger over the opening in the toilet bowl and pump it backwards and forwards. If your plunger is small or not designed for a toilet, and doesn't fit the hole exactly, you can still use it, but flush the loo as you pump the plunger as this will create the necessary force to push the blockage through.

7. How to unclog a toilet with baking soda and vinegar

Pour a cup of baking/bicarbonate of soda into the toilet bowl. Follow it with a cup of white vinegar. Allow it to fizz for 20 minutes. Flush; this should have cleared most blockages.

8. How to unblock a toilet with caustic soda

First, ensure your eyes and hands are protected because caustic soda is extremely damaging if it comes into contact with either. Then pour the caustic soda into the toilet bowl, leave for two minutes (but always check the manufacturer's instructions for full details), then flush with hot water from the kettle or hot tap. Flush the toilet, then give it a clean.

9. How to unblock a toilet with water pressure

If all of the above fail to work, you could try breaking up the blockage using water pressure. For this you will need a pressure washer and a pipe cleaning kit to connect to it. Insert the hose into the toilet bowl, switch on the pressure washer and you will see the hose will be pulled down the pipe until it reaches the blockage. If the blockage can be broken down, the water pressure will do this.  Again, don't do this if you have a toilet with a macerator – it might be that the toilet's not blocked, just won't flush because there's something caught around the mechanism.